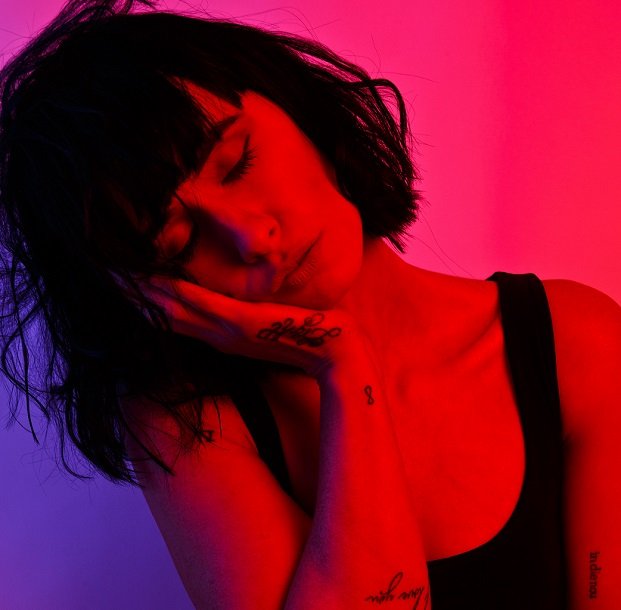 We always like something a bit different at Neon Music and the video poem which accompanies Anna Wolf’s debut ‘Believer’ certainly caught our attention.

‘Believer’ is the debut single from the South African born, London based artist. It is about her own tumultuous early life, her troubled father and her refusal to become the victim of her circumstance. She wrote it as she was inspired by the need to break the silence over domestic violence.

The thought-provoking poem video is hard-hitting, intense and rather unforgettable as Wolf discharges all her memories, thoughts and life into these poignant words. Raw emotion pools in her dark eyes and pours from her lips.

“These scars remind me of another time
now I leave my past behind.
The Truman show’s got nothing on my life
Prescription drugs and strippers in the clubs
At least he stayed away from the coke and thugs“

The ‘Believer’ poem is very powerful as Wolf uses descriptive language, body movement, and facial expressions to let us into her journey of self-discovery,

Anna Wolf says of ‘Believer’, “As a child, I hid away a lot, either under beds or in trees. I escaped by using my hands and body to melt and hide into my own skin. I used to listen to music then. Music became my armor, my strength. Soon enough, I realised that it was safe for my skin to come out and breath.”

It was only last year that Anna travelled to London, where one night she took her guitar to the bathtub and recorded herself performing a song on her cell-phone by stomping her feet against the tub. She sent the demo to producer and remixer Pete Boxta Martin, (Missy Elliot, Jessie J, Sugababes) who immediately offered her an artist development deal and soon she was recording in the famous Matrix Recording Studios (Adele, Lana Del Rey).

It was the same week they recorded the track ‘Believer’ as well as three other tracks which will be released as part of Wolf’s debut EP out later this year.