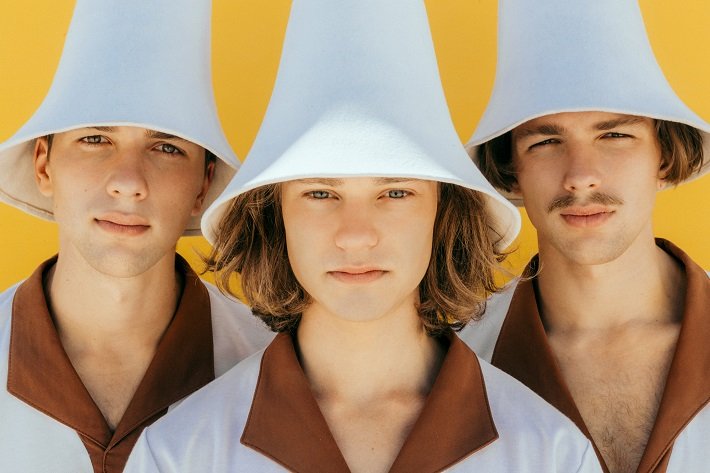 ‘Birthday’ is part of the double A-side single from Latvian trio Carnival Youth and is a stylish delivery full of boundless energy. ‘Birthday’ and ‘Phantom Planet’ are released today and taken from the band’s forthcoming album ‘Good Luck’, released on March 16th via their own label, Carnival Youth through The Orchard.

The two singles compliment each other while remaining completely unique and featuring the band’s distinct style. ‘Birthday’ is uplifting from the word go with an effervescent stream of atmospheric synth-rock, melodic guitars and warm, woozy and harmonious vocals. The accompanying lyric video has an abstract art feel filled with popping colour and childlike figures.

You’ll be singing the chorus lyrics all weekend long,

Band member Emils describes ‘Birthday’ as “Feeling careless and celebratory, even too naive sometimes. It’s interesting how this one day each year makes us feel so special that we can forget about everything else and there are no more responsibilities. That day we feel like we can be the happiest, but, of course, it’s just a beautiful illusion”.

Describing the other single ‘Phantom Planet’ he says, “It was one of the last songs that came together for the record. We felt that the verse had this darkish groovy hip-hop vibe, so the lyrics came up about the inner world, the one we always feel but aren’t always in control of – and the way how it’s in contrast with the other world – the everyday normal side of us. A dialogue like one Dale Cooper’s character has in Twin Peaks. But it’s not a fight, it’s cohabitation.”

Carnival Youth’s new singles  follow a series of internationally acclaimed releases, which earned them the title of Latvia’s biggest musical export. They are part of a new generation of bands coming out from the Baltic and they became the first Latvian act to win The European Border Breakers Award (EBBA) and EBBA ‘Public Choice Award’ at Eurosonic.