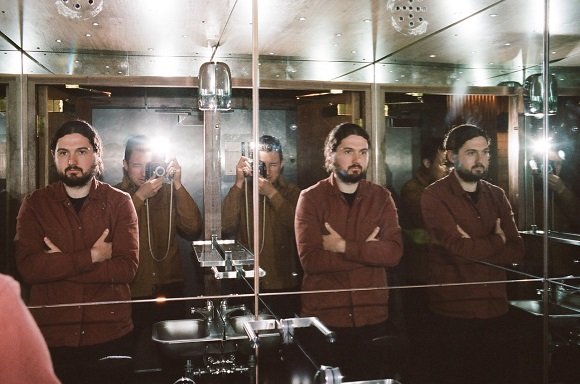 Fans of the Arctic Monkeys and Milburn will probably be expecting Arctics’ member Matt Helders and Milburn’s Joe Carnall to deliver an Indie Rock L.P reminiscent of both their previous, well-renowned Rock-influenced band projects. To our pleasant surprise, the new duo Good Cop Bad Cop has released an unexpected piece of Alternative, Indie Electro music in ‘Silk and Leather’ which has a trippy opening, via the use of a slightly distorted organ, and a beat which throws us back to the early rhythms of Kraftwerk. It has an overall retro sound which the two multi-talented musicians have captured extremely well.

It’s pretty much what Muse would sound like if they went in a more vintage, underground direction, especially during the track’s middle 8 section where effortlessly performed lead guitars are dropped into the mix, just before the final chorus delivers a Gary Numan-esque extravaganza. Good Cop Bad Cop has definitely kicked the year off to a great start with this number, which showcases Helders’ and Carnalls skills to deliver catchy and memorable melodies, specifically in the verse sections.

The boys are on tour now and their new, self-titled debut album drops on March 29th. If Richard Ashcroft ever decided to go in an Electro direction, it would probably sound a little something like this, so don’t miss out and check out Good Cop Bad Cop’s ‘Silk and Leather’ which is out now.