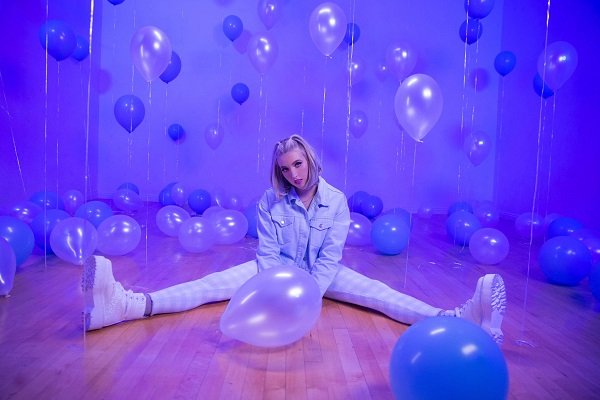 Introducing Elli Moore and her catchy and playful debut single ‘Gateway’ which will be locked in your head all day with its feisty attitude, crystalline synths and memorable lyrics.

Elli is a part of a successful female production/writing duo LYRE, working with artists including Mackenzie Ziegler, Gabbie Hanna, Niki & Gabi, Kirstin Maldonado of Pentatonix, Red Velvet, Twice, Betty Who, Matt Steffanina, Allie X and many more. She also wrote and produced Cappa’s single ‘Sux‘ along with her production partner.

‘Gateway’ is fresh pop at its best and is about comparing a toxic relationship to a gateway drug, (“I can’t open up that gateway“). In the music video Elli is hosting a house party and when her ex-boyfriend arrives at the party, she tries her best to avoid any conflict. Despite her best efforts, lust overcomes her, but it is Ellie’s friends prevent her from making contact.

Last year, Elli’s songs reached #1 in iTunes all genres, as well as consistent top 10 appearances. They also featured in Spotify’s New Music Friday as well as other playlists. As a vocalist, Elli is currently the singing voice of Barbie in all Barbie shows and movies, including Netflix’s ‘Barbie Dreamhouse Adventure’, where she performs the featured theme song. Elli has also written songs that have appeared on MTV, CMT, Freeform & Netflix, as well as songs for commercials for brands such as Spin Master, Duracell, Sunsilk, and Magnum Ice Cream.

Elli Moore is pop’s new princess to keep your eye on.