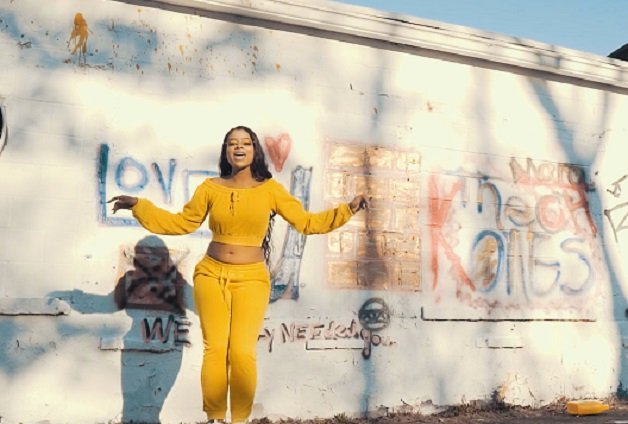 “Not just trying to survive, baby we trynna thrive”

Ride the neo-soul wave with new release ‘Thrive’ from stunning rising artist Allianza. The 22-year-old Afro-Latina singer-songwriter has loved telling stories since a young age which soon morphed into songwriting then classical vocal training, shortly followed by Pop and Rock styles. Inspired by artists such as Sade, Amy Winehouse, Rihanna, and Solange she found her niche singing jazz, R&B, and Neo-Soul style music.

Despite being diagnosed with depression and anxiety as a young girl which led to eating disorders and substance abuse, Allianza overcame her struggles by using music as therapy and it still helps her to take a more positive and compassionate approach towards life.

‘Thrive’ is the first single from Allianza’s most recent project ‘ENIGMA: THE MIXTAPE‘. She says it’s “a song that is all about that change in perspective. It’s about choosing to believe in yourself and actively work with what you have to become a more successful individual.”

Allianza knows only too well from past experiences and struggles that being able to thrive is a choice and it is possible to turn your life around.

“This song is a call to action to all who listen, that the life they want is out there waiting for them. Waiting for them to choose it.”

The sun-soaked visuals enhance the carefree-feeling from the incandescently smooth beats and Allianza’s pillowy vocals. Nostalgic soulful sounds are used as a baseline and the song pays homage to 90’s R&B but with a pristine, contemporary edge. Even without seeing the summery, beach-based music video you can feel the waves lapping your skin through the throbbingly seductive R&B tones.

“if you can survive, you can learn to thrive with it”

Allianza is based in Maryland and has played throughout areas all across Washington D.C, Maryland, Virginia, Delaware, and New York. She has performed at shows ranging from D.C Fashion Week, Takoma Station Tavern, and HOT 95.5 District Showcases. And now the UK is taking note of this young, rising sensation who doesn’t just have killer vocals, but a passionate message to deliver as well.