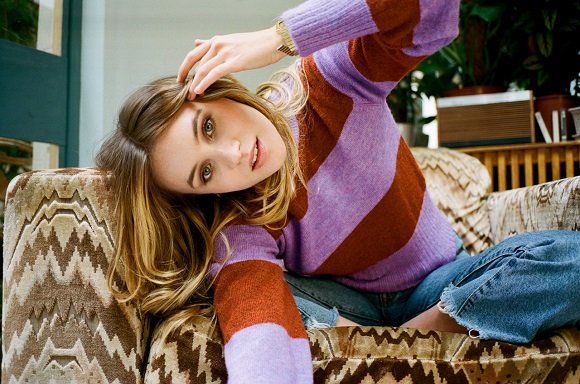 After a year which saw her signing to Royal Mountain Records (Mac DeMarco, Alvvays, Calpurnia) in Canada, Big Picnic Records (Everything Everything) in the US and Ferryhouse Records in Europe, as well as being championed by the Topshop Blog as “The Singer You’ll Be Obsessed With In 2019” Jerry Williams starts a new year with a gorgeous new song. ‘David At The Bar’ is a simple acoustic track but builds in emotion and tells the tale of a chance meeting which actually happened. Jerry comments, “’David At The Bar’ is one of the most honest songs I’ve ever written, each line is so true as to what happened this night when I just got speaking to this man at a bar”.

They discussed Jerry being a singer and he said how she’s going for her dream and going to live a good live then he went on to say that he’s an alcoholic, he’s got a baby on the way, he’s really scared about it and he feels like he’s ruined his life.

Jerry continues “We just started crying together, which sounds really strange, but it was a lovely moment and I just felt this weird, bizarre connection to this man. He said “If you write a song about me I promise I’ll give up drink” and I said, “You should give up drink anyway, but I will”. The next day this song was written, I haven’t found him to tell him but I would love to find him. His name is David and I literally just met him at a bar, and that’s what this song is about.”

The song stands out because it is full of emotion and it’s obvious Jerry is passionate about meeting ‘David At The Bar’. The conversation has given her hope and inspiration and, in turn, inspires her listeners. Life-changing moments can happen in the most unexpected of places.

Jerry Williams recently impressed audiences on tour with Calpurnia and is currently preparing for her own headline tour with seven dates across Germany and the UK including her biggest London headline slot to date at Camden Assembly on January 30th.

The 23-year-old singer-songwriter from Portsmouth is also planning to release her debut album this Autumn.