‘You Or Nothing’ Is A Beautiful, Melancholic Debut From FERGUS 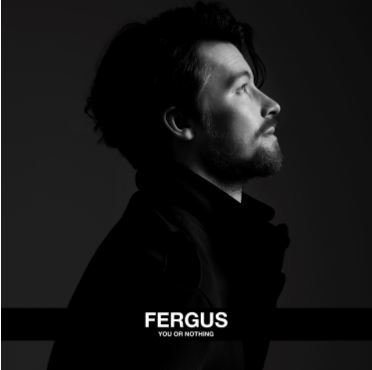 Singer-songwriter FERGUS introduces his debut song ‘You or Nothing’ which is beautifully contemplative and heartbreaking. His clear, tender vocals ride over delicately plucked guitars and sublime harmonies with a melancholic dreamy feel. ‘You or Nothing’ is produced by Jake Gosling (Ed Sheeran, Shawn Mendes, Shania Twain) and is the first track taken from FERGUS’s debut EP set for release in 2018.

“Lift me up and hang me out to dry, wrap me up, lay flowers by my side, gather round and see me where I lie. Oh I’ll be loving, you or nothing”

FERGUS is an exciting new voice on the Folk scene. His formative years were spent singing and touring professionally with choirs and playing the cello with orchestras. After some time, feeling overworked and seeking self-discovery he took a break from music. However, now he is back with a new voice and a new direction. FERGUS writes according to his mood and that aspect definitely comes through in his debut which is honest sounding, hopeful and very special.

Speaking of the song, FERGUS quotes: “‘You or Nothing’ is more of a snapshot than a story. It captures an unknown feeling caught between complex emotions. I like the combination of the simple, clear sounds and the maybe-dark-maybe-sweet lyrics. There’s a holiness to it you can hold up and examine in the light, but you might not like what you find“.

The music video for ‘You or Nothing’ was directed by Jack Lightfoot who recently shot Niall Horan’s last live music video ‘Flicker’. It was shot in one take at St Giles in the Fields London.

Speaking about the video, FERGUS said, “We wanted to create something simple and beautiful to complement not only the song itself, but also the slightly, corrupted devoutness present throughout ‘You or Nothing’. We got really lucky with St Giles-in-the-fields; and to film in such a stunning church, in the sort of setting I spent so much of my childhood, felt surreal and fittingly full circle. The way the camera sweeps around me reminds me of a spinning ballerina in a music box, put on display for all to see – an image I think perfectly embodies the bittersweet nature of the track“.