UNBLOOM Releases The Feel-Good ‘Lost Myself’ 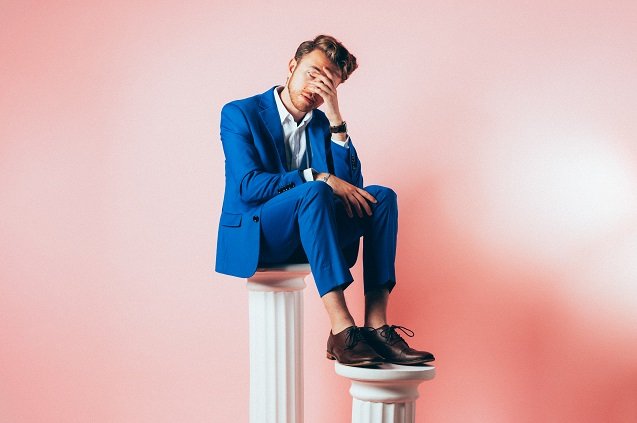 UNBLOOM’s music will brighten up anyone’s day. His new single ‘Lost Myself’ begins with Jonathan Zarola’s soft vocals and a toe-tapping beat then launches into full-on dance mode with a get up on your feet, you just have to move vibe. Combining pop with cutting-edge electronica and dance music, UNBLOOMhas found his niche and propelled it to another dimension.

“Sonically, I would say ‘Lost Myself’ is a return to my dance-roots (akin to some of the songs on my ‘This Could Be Everything / This Could Be Nothing’ EP that was released last summer), yet incorporates my singing more prominently (similarly to my last two singles ‘I Followed’ and ‘Chances’). In that respect, ‘Lost Myself’ is an amalgamation of my body of work so far, and a synthesis of who I’m becoming as an artist”, UMBLOOM comments on his latest release.

Of course, there is usually more than meets the eye to his work. It may be feel-good to the listener but there are usually more serious influences at work, “A lot of UNBLOOM songs deal with transition and the relationships that are lost or gained in these critical moments of moving forward. ‘Lost Myself’ deals with identity loss during this transition and the ironic selflessness of ‘erasing’ yourself to make a relationship stronger–which we all know never works.”

UNBLOOM has had a busy 2018 having released two well-received singles ‘Chances’ and ‘I Followed’ as well as a slew of remixes for acts such as New York’s EXNATIONS, and Toronto’s Jamie Grant.

One thing’s for sure, UNBLOOM will continue to wow his listeners with his own brand of forward-thinking electro-pop featuring polished synths, crisp production and a style which will elevate your spirit no matter what.