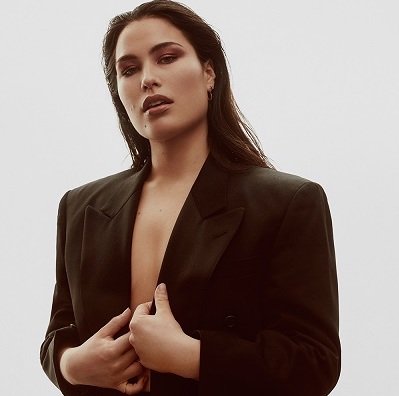 Let’s talk about sex, baby. Let’s talk about the new EP…released by the sensational pop artist, Molly Hammar via Cosmos Music. ‘Sex’ is the title of the Swedish artist’s new six-track EP that tells it all when it comes to women writing songs about sex. Let’s be real, there are copious amounts of songs in the music industry about sex. A good majority are written by men and not enough is written with a woman’s take on the subject. Molly’s work on the EP takes a gentle yet still sensual approach to the topic of sex compared to the more raw and blunt titles we’re used to hearing in today’s music.

Speaking about the EP ‘Sex’ Molly comments, “I’ve been listening to so many RnB artists singing about sex in a very stereotypical way and thought it was about time that a woman got to tell her story and talk about sex from another perspective. I’m feeling powerful, I’m free and proud to be a woman and I want the world to realize that it’s ok to talk about these things. Lead single, ‘Bathtub Moments’ is all about the fact that you don’t need anyone other than yourself to feel good.”

Molly teamed up with Swedish artists Lucas Nord and Nils “Melo” Tull for her EP ‘Sex’ having collaborated previously. Inspired by the sounds of R&B, Molly incorporates slow and jazzy rhythms paired with mesmerizing vocals and poppy lyrics, as is very apparent in the track titled ‘Drive.’ New single ‘Bathtub Moments’ is a song for the “disappointed” ladies out there. I won’t spoil it for you, but I suggest giving that track a good listen. Goodness, gracious!

We can expect more music from Molly Hammar this autumn followed by a tour.