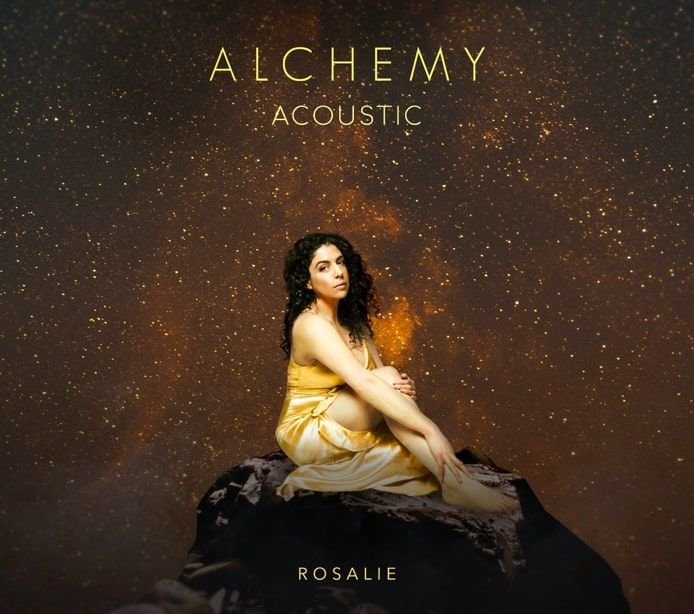 The cracks will always start to show

Rosalie releases the starkly beautiful acoustic version of Gold. The way it was originally written. The indie-pop version features various electronic fibers, but this is simply the guitar and Rosalie’s commanding voice. She says, “this stripped version is an homage to the song’s origins — a way for me to show the soul of the song and a way to express the singer/songwriter side of my personality.”

Gold was written as part of a healing process following the passing of Rosalie’s father. Grief pours through this soul-searching song as well as the feeling of being able to mend a broken heart by patching it up.

I sanded and I sealed I did everything to heal

Rosalie has also released the acoustic version of Fools Gold which is the other track on her Alchemy double single project. These were the first tracks to be released following the diagnosis of autoimmune condition and are the epitome of overcoming grief, despair, and life-changing circumstances.

“They show that dreams can come true and hearts can heal if you put the work in and just. keep. going.”