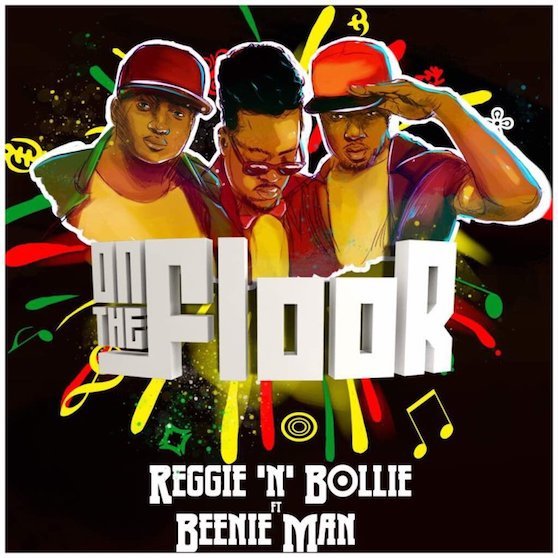 You know you’re in for a good time when you put on a Reggie ‘N’ Bollie track and they are back with the uplifting ‘On The Floor’ featuring the legendary master of Dancehall and Grammy Award-winner Beenie Man. Since releasing music on their independent label F.R.O.D Music, the duo has taken a bit of a swerve and incorporated more of a Ragga/Dancehall vibe with a Soca undertone into their sound. They released the addictive ‘Bumaye’ in the summer and ‘All The Way Up’ featuring Nigerian artist, 2Face Idibia.

Winter might be on the way but ‘On The Floor’ will make you want to strip off your clothes and get sweaty on the dance floor. It weaves loopy vocal melodies, dancehall and hip-hop sensibilities and bursts with the trademark Reggie ‘N’ Bollie energy where there is a party and everyone is invited.

‘On The Floor’ is the lead single from Reggie ‘N’ Bollie’s forthcoming album ‘Uncommon Favours’ set for release later this year. This is just a taste of many of the infectious morsels we will be snacking on soon.

Reggie ‘N’ Bollie say of their new track, “This collaboration with Beenie Man is a dream come true for us. He’s been a source of inspiration in our music style and we are so privileged to have had the Legend and Dancehall King Beenie on this track. The track showcases our Ragga dancehall style which embodies the unique sound of our music. We are so looking forward to making a bold statement, as real and authentic artists, with this song!”

2017 has been a rollercoaster for the upbeat pair with recording, travelling, starting a new label and releasing fresh new music. They have also been appointed as “Ghana Tourism Ambassadors for UK & Europe” and won the “Best UK Music Artist Award” at the 2017 IARA Awards (International Achievements Recognition Awards).   And of course, they had an interview with Neon Music which you can read all about here.

The video to ‘On The Floor’ will be out soon.