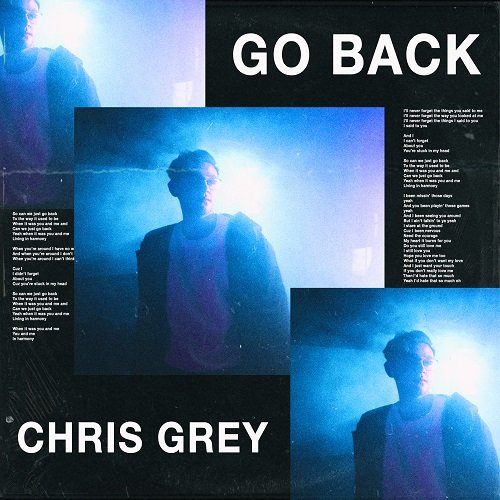 Having given a positive review on the multi-talented singer, songwriter and producer’s debut EP ‘The Beginning,’ we were, not only excited, but surprised to hear that Chris Grey decided to drop a brand new track from his upcoming second EP ‘The Middle,’ so soon after the release of its predecessor. It appears that Grey has unexpectedly delved into a slightly more darker and sinister direction with his new single ‘Go Back,’ which instantly sucks you in with its electronic, distorted bass line performing an infectious minor chord structure, over a mid-tempo Pop beat reminiscent of Jordin Sparks’ 2007 hit single ‘Tattoo,’ ensuring ‘Go Back’s’ well-deserved spot on mainstream radio and appealing to both an underground and commercial music audience.

Despite Grey’s conscious choice to go in a slightly more alternative direction, he still delivers with his smooth vocals, which perfectly capture his influences The Weeknd and Drake. Along with the song’s catchy hook and dreamy production, it’s yet another song by Canada’s newest Pop sensation to ensure his universal success in the near future.

Grey dropped the official video for ‘Go Back’ in late January, and the visuals of the singer performing his new single whilst sitting on a stall against a plain, white background, then in a ‘black and white’ setting to a trippy studio with colourful lighting, all fused together matches the music perfectly. It is an eye-catching piece, definitely worth the watch and Neon Music seriously can’t wait to hear Chris Grey’s forthcoming new EP ‘The Middle.’ Check out ‘Go Back,’ the latest single out now.