“‘Call Me Danger’ Changed My Life” – Exclusive Interview With Tayla 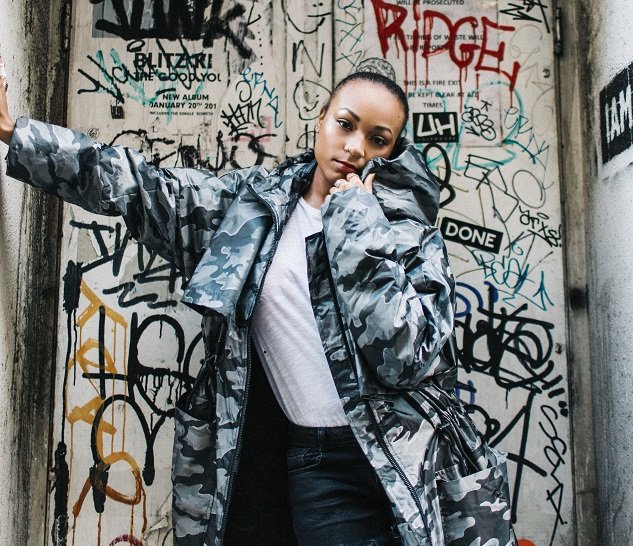 Tayla was rocket launched onto the music scene with her debut single ‘Call Me Danger’ back in 2016 which still feels current, fresh and undeniably catchy two years later. Tayla definitely has her own sound which is a colourful fusion of pop, hip-hop and RnB and the Birmingham born artist is back with her self-acclaimed summer banger ‘FWU’. With a fiery girl power anthemic feel Tayla pushes the boundaries with outspoken lyrics and a sexy driving beat. Describing her new song Tayla says, “FWU for me is one of those, big middle finger, fearless yet sexy-and-savage-with-it kind of track. I don’t abide by the rules, I won’t take sh*t from anyone, that’s what FWU stands for. The mixture of Pop, R&B, Hip Hop and some Acid House in this song screams badass to me. That’s what I am.”

Tayla’s had a busy few years since her debut she has been nominated for ‘Best Urban Act’ 2018 at the UMAs and won the support from brands like Adidas, Ivy Park, Levi’s, Missguided, New Look, and Selfridges. Performing at multiple well-known venues including Jazz Cafe, Notting Hill Art Club, and The Troxy for Sink The Pink, Tayla has also been in and out of the studio with the likes of Gorgon City, MR WA7T, Rudimental, Future Cut and The Lab. Exciting times for this girl. Neon Music managed to grab some time from Tayla to find out more. Read on….

Tell me about your latest single and visuals for FWU

FWU is another one of my tracks that got written and recorded on the same day. For me FWU is one of those, I don’t care, fearless, big middle finger, but sexy and savage with it kind of track. I always live life my way, reading the rules and breaking them, taking no shit and causing no harm and that’s what FWU stands for. The visuals for this single are a lot more interment and personal, compared to my other videos. Which I love. We filmed pretty much most of it off a green screen which I’ve never done before so that was sick. I just wanted my followers to see a different side to me away from my girls/lads, and the outdoors. For me I wanted the video to scream, sexy, fun and colourful and I 100% think I captured that with FWU

How would you describe your sound to new listeners?

Pop/RnB with a hip-hop twist. Pop being: Loud and energetic. Hip Hop being: Dark, deep and truthful. And RnB being: Tone and soul. Or what I normally say, imagine Rihanna and Eminem having a baby, and that baby being me.

Your music is very feisty – is this an extension of your personality or a musical alter ego?

Love that! As a person, I can be quite feisty, bold and confident but in the most humble way ever. My musical side is a more emphasised version of this.

What is inspiring you musically at the moment?

I have roots in St. Lucia which is probably why I’m in love and obsessed with “Reggaeton” music right now. Anything with a soca type beat wins my heart every time.

Who did you grow up listening to?

I grew up listening to so much! A few of my favourites being Pink, Missy Elliott, Aaliyah, DMX, Eminem, Biggie – too many to list!

Were you surprised at the reaction of ‘Call Me Danger’?

To this day I’m still surprised by the reaction. The fact that it was my first ever single release and off the back of it to have everyone in and out of the music industry talking about me, was and still is insane. ‘Call Me Danger’ changed my life.

Favourite places to perform and why?

Oooo, I’m going big for this one. I would LOVE to perform at Birmingham (Barclaycard Arena) because it’s one of the biggest arenas in Birmingham and it’s my hometown, would give me the best feeling ever!! London (Wembley stadium) I recently went to the Beyonce and Jay-Z tour there, and as much as I enjoyed it I couldn’t help but imagine me on that stage killing it just like they did, and because is and will always be my 2nd home. America Texas (SXSW) because most of my Spotify, iTunes and YouTube plays are from all over the US so would be amazing to give them a show.

What do you find are the biggest challenges of being in the music industry?

Staying level-headed and true to myself. But thank God I’ve always got my friends and family to keep me sane and grounded.

How much time do you spend on social media per day?

I know it’s bad but my phone is my life and is pretty much always in my hand, so I would say 70% per day.

Oh, this is a tough one but would have to say Pharrell and SZA.

Who would play you in a movie and why?

Would have to be my little sister as she’s already my mini-me and because she can mirror me so easy that’s it’s a bit scary.

Watching the whole twilight boxset with vanilla ice cream topped with warm salted popcorn. And buying little accessories like rings, sunglasses, and chains when I don’t really need them.

What’s next for Tayla?

Singles after singles with visuals to match, loads of more live shows, and slowly working on expanding my brand by creating my own fragrance line. It’s gonna be a fun but active year, just how I like it!!

You can stream F.W.U here.