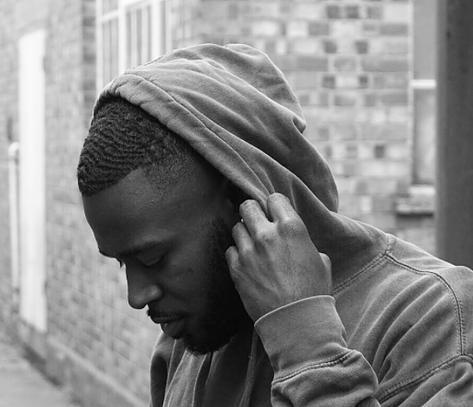 Matt Blvck, one of the many young, talented artists coming out of London this year, and his latest EP ‘After Party’ definitely delivers. A new R&B singer who still likes to play a bit of Fifa in his spare time (priorities, right?) has a name you soon won’t forget.

The Bryson Tiller sounding artist, whose songs have been added to some of the top Spotify playlists with over 100,000 streams has a growing following which is only going to expand this year. Matt Blvck has been writing music for just over three years and recording for just under two. 2017 saw the release of his first visual EP ‘Cold Love Songs’ which shows the build-up and breakdown of a previous relationship of his. “Growing up I was a real R&B head, the likes of Tyrese, Jodeci, Ginuwine, Kelly Price, Usher…I could go on all day. I’d say I mostly looked up to Usher.” All of these artists are undeniably among some of the best R&B singers and one day Matt could be placed in the same category himself. Now that would be an achievement. Not wanting to make you hungry or anything, but Matt claims to have been to every Nandos in the UK… now that’s a real achievement.

​​
It’s the year 2013. I know where I was. Rocking a JLS band tee playing on my DS, but that wasn’t the case for Matt…thank god. “Music for me began in around 2013. I was going through a bit of a lost period while I was at uni. Mainly with my girl and various other things and I just started writing it all down. Then all of a sudden I started writing a song it was so random. Since then I’ve  just been writing hundreds of songs but didn’t actually start recording properly till about 2015.”

I’m not claiming to be a body language expert or claiming to be able to read minds but I could tell through the screen of Instagram DMs that Matt is so passionate and down to earth, a guy who knows what he wants and won’t stop till he gets it. “Musically my main goal for the future is having my music be heard by everyone. I want to tour different cities, maybe different countries and just show my talent to the world” and Matt is totally smashing that goal already.

Even though Matt tells me that his favourite song isn’t released yet…that makes me sad…it’s ‘Nia’ that is his favourite song of his. “I feel like that’s one of my few songs that are completely about someone else and not myself. I spend most of the song describing the girl, her image, her feelings and I don’t feel that there are a lot of that these days in music.” I mean, having a song about you in that much detail is much nicer than an unwanted ‘you’re fit’ message, right? As ‘Nia’ got added to some great playlists, it’s upped Matt’s social media game. From messages from fans, tons of new followers and likes on his photos, it’s helping to get his name around.

We all have those artists we look up to and aspire to be. From dressing like them and thinking we can sing like them; we’ve all been there. “I’d say my biggest musical influence has to be TY Dolla Sign. He’s just got this crazy blend with R&B melodies with a rappers flow. Also, Drake is a big musical influencer for me.” Matt Blvck ft Ty Dolla Sign ft Drake, anyone? Dibs writing the first article on that song!

Although Matt will be making headlines this year, he’s still a down to earth normal boy. “Outside of music I like normal stuff, playing Fifa, watching old mafia films and eating Nandos.. literally I think I’ve been to every Nandos in the UK. Also, I like going for random walks or drives at night time, it just clears my mind.”

Will you be Matt Blvck’s next fan?

You can stream ‘After Party’ here.