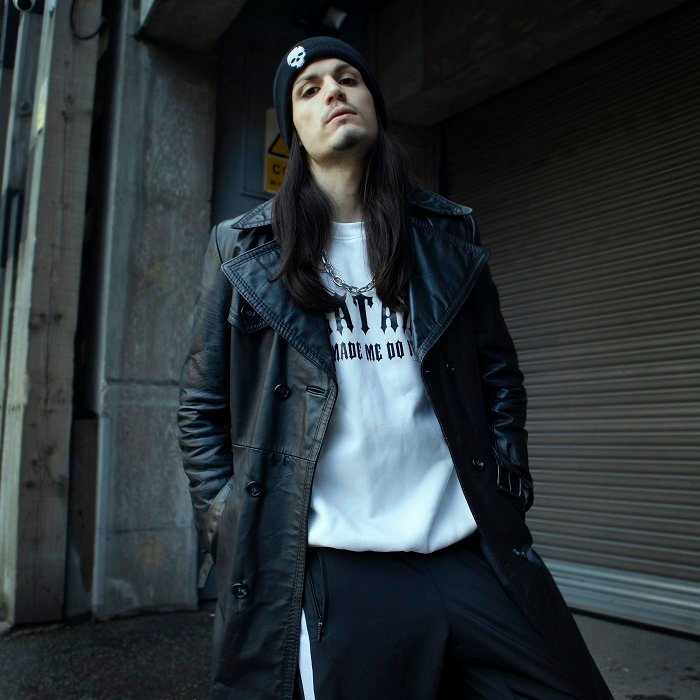 Repetitive thudding sets the tone for this disjointed, mysterious track. It’s an odd mix of Hip-Hop and Emo but strangely, it works. London-based NILUM introduces the visuals for his debut single, ‘Numb’, and despite it sounding slightly indecisive, it is very effective. There’s a gothic tone to the track, making you wonder if ‘Numb’ is going to be the next Black Veil Brides single but instead it mellows out to a more pop-infused RnB number. It’s an interesting listen and it takes you on a journey – a dark, buzzy, chaotic journey but an enjoyable one. It’s chaotically together; a clever mix of juxtaposing genres working together in a synchronised fashion. Who would have thought that mixing Punk-Rock with Hip-Hop would work so well? The emo element is carried through with NILUM’s screaming lyrics; they’re angry and frustrated much like the sound of well-known emo bands’ songs – except he’s not screeching sappy love lyrics like the classics. It’s an enjoyable listen, a nice change from drab chart music and pathetic songs about a lost love. It’s refreshing.

The music video echoes the disjointed feel and grittiness of the track with muted colours, flashing lights, and themes of satanic rituals, a dead-eyed NILUM hanging from chains in a dingy room.

‘Numb’ sounds like something you would hear in a typical emo club with dingy lighting and statues of Satan glaring at you – its pounding beat and lyrics with attitude would be perfect for the club’s setting and the less intense, generic sound to the track is perfect for the confused emos who have accidentally stumbled into the club. ‘Numb’ is a brave track and music video comprised of contrasting sounds that happily fit together; it’s clever and hopefully sets the tone for a debut album.