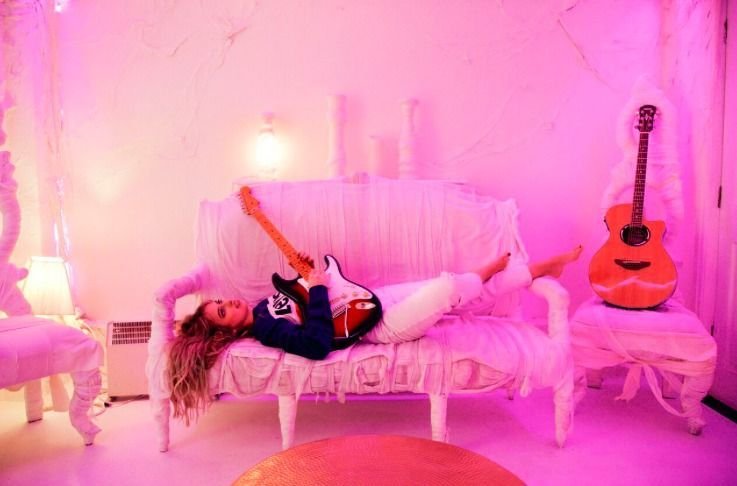 Tally Spear recently released her melancholic new single ‘Don’t Believe It’s All Me’ where she sings about her insecurities and role-playing in today’s society while claiming her thoughts with a lot of strength and emancipation.

The song describes a girl functioning in our society, where everything and everyone is fake, where people can’t just be themselves. Down to earth Tally is trying to find her place in it, though playing with the idea of looking deeper and beyond the masks. It is about a generation that feels lost. All the expectations and pressures of being perfect are tough. And there is a cry for acknowledgement.

Today’s generation is trying to be good, just and is in thrall to society’s rules, but is full of self-doubt. Tally is forgiving and soothing to herself and others though and this approach feels very heartwarming. Her arty folk song with the warm sounds of guitar and French harp provides that feeling.

In the music video for ‘Don’t Believe It’s All Me’ Tally appears on the TV and people are watching her, maybe even judging her – She symbolizes a role she plays as a public figure. Everyone today has a public and private side. Tally is singing directly to the audience that watches her on TV bringing her message across. Then there is an intercut with Tally outside in nature or with her guitar and no one watches her, that is the real Tally. Vulnerable, pensive, introverted, thinking about society and life. But she is trying to find her methods of pretending. The methods we all learned so well in the era of social media, fake lives and accounts.

Her song with strong lyrics is a musical tale of growing up, realizing that naivety is over, that you need to learn to be true to yourself. I wonder if Tally would agree to that sentence: “Fake it till you make it”?

Tally Spear belongs to a new generation of authentic, powerful and real singer-songwriters and she will go far for sure.

You can stream Tally Spear’s EP ‘Fade To White’ here.