Take A Bite Out Of Violetta Zironi’s Single ‘Toast’ 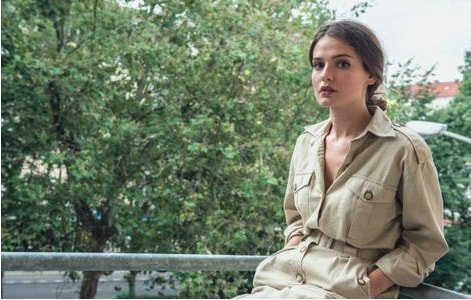 For some sweet Folk/Americana look no further than Italian native Violetta Zironi. The singer-songwriter has been writing since she was 16 years old and gigging with a country/blues trio in bars and festivals around the North of Italy. In 2014 Violetta opened for Ben E. King who invited her on stage with him for a duet of ‘Stand By Me’ and the following year she met Jack Savoretti and joined him as a guest on his European tour.

Now she releases ‘Toast’ from her forthcoming EP ‘Half Moon Lane’ (the name of Violetta’s street where she lived in London) which is produced by Tim Tautorat (The Kooks).

‘Toast’ is deceptively simple with its country twang and Violetta’s soft vocals. Her lyrics are very relatable and honest:

“Are you gonna make me some toast, or shall I grab my clothes? Something tells me you’re the one who’s gonna stop me playing one, I know it’s not enough for me anymore, closing all the doors, those nights where I was not yours, I thought I’d always be alone.”

Speaking about her new single ‘Toast’ Violetta states; “It’s about being emotionally removed from any relationship, being afraid to be vulnerable and to put yourself out there. When stealing hearts, all you really want is someone to steal yours.”

Violetta will be playing at SXSW Texas in March 2018.