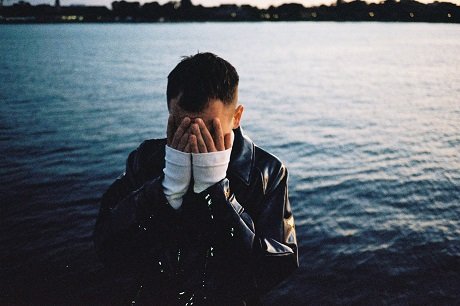 Introducing Danish artist, writer and producer Niels Christian Sommer Kjaergaard aka Summers and his debut ‘Reborn‘. This is a feast for your eyes and ears with forward-thinking beats and production, a fusion of genres and a colourful, powerful music video which depicts cultures from around the globe. Neon Music interviewed Summers about ‘Reborn’, what inspires him and what he’s up to next.

Tell me about your new single ‘Reborn’
I wrote Reborn about 3 years ago when I was going through some changes in my life. I had been in a group for many years that broke up and that sort of burst the bubble I had been living in personally. I realised that I hadn’t’ been living the life that I really wanted but instead had been a blind passenger on a detour. That same day I went home and started making songs for what was to be Summers. ‘Reborn’ was one of the first I wrote and it felt therapeutic writing it.

What does the word ‘Reborn’ mean to you?
It contains the possibility of rediscovering yourself. The lyrics in the song are more or less repetitive because I wanted the song to almost become a spiritual chant, like a mantra: when I sing “Look at me I’m reborn” or “Better off on my own” is not just something that I state, but something I’m still telling myself every day, it’s a constant reminder of not relying on anyone but yourself and trusting in your own capabilities.

Did you have the visuals in mind when you were creating the song?
Not at all. Oliver (the director) got the song from my manager while he was on this journey in Asia and he just started shooting materials for the video without us having talked or met. I met him for the first time while I was in a studio doing vocals, and he came by and showed me about 20 seconds of footage and I could feel that he was on to something good that originated in a pure source.

What message do you hope listeners and viewers gain from the song and visuals?
A sense of empowerment and ease. Within the song, there is some kind of aggression, maybe even a hint of anger, but these emotions are being processed in the video, through the different faces that I see a lot of forgiveness and love in – I hope they will too.

What is inspiring you at the moment?
Traveling. It’s not that I do it so often but when I do it often boosts my creativity for a good period of time. I love it.

How did you get into music?
Started taking piano lessons as a kid, then drums, then guitar, then vocals and so on. Thought I was gonna go to the music conservatorium, but they thought differently. Then I realized that my skill wasn’t being a good instrumentalist (I’m really not) but more an arranger of instruments, a producer and a writer.

What would people be surprised to learn about you?
I have a degree in art history and philosophy. But I guess I prefer being engaged with art rather than reading about it.

If you could remix any song in the world what would it be?
I’ve actually been trying to remix ‘Clique’ by Kanye, Jay-Z, and Big Sean but only using the intro by James Fauntleroy which is, in my opinion, the best part of that song and writing on top of that. Don’t know how I will get it cleared though but that’s a task for the label, right?

Which artist impacted you the most growing up?
I was a big Radiohead fan and still am, and also Mew had a huge impact on me as a teenager. I remember playing Northside Festival the same year as them with my former group and having our backstage right next to them. ASAP Rocky was playing as well and everyone wanted photos taken with him, but I just wanted one with Jonas from Mew and so I got one. Score!

If you weren’t making music what else would you be doing?
If I wasn’t so bad at math and physics I would have been researching about the universe and life on other planets. I have the ambition to be the first composer of Music for New Life Forms. But that’s for later.

‘Reborn’ is a powerful introduction to Summers – what’s next?
Thank you. I think the subject of rediscovering and emerging is still interesting for me to write about. So probably more of that but in sonically different vibes perhaps.