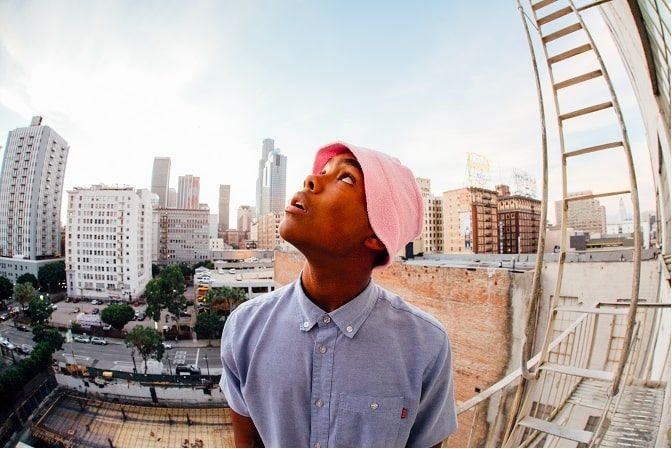 American rapper Benji Patterson has got something to say with his new single ‘Power’. Using America as his main focus he discusses themes of media, truth, race, politics and how we all have the power to make a difference.

I think these advertisements affect what I think and say,
Does the media really want the truth or a good story?
They capitalise on the words that look so important,
Power, will make you go into debt to get a degree,
Power, makes you wonder what’s next after you succeed

Benji Patterson delivers ‘Power’ in a confident way with intricate wordplay over a punchy, melodic beat and an overall classic hip-hop vibe. The music video is colourful yet simple featuring Benji, and in some shots duplicates of Benji, rapping in the desert, but it also shows the vastness of the space adding more depth to the meaning behind the lyrics. Even his sweatshirt says ‘Television?’ on it which could be intentional considering the themes he is so vehement about, “and the media’s a menace“.

“Power is a song I wrote to remind us all that regardless of our broken political systems we all have influence and power. I used America as an example to call out the injustice that so
many people of different races and religions have experienced”. – Benji Patterson

‘Power’ was written and produced at the Spotify Secret Genius Studios in Los Angeles.

Benji likes to get involved in every aspect of his craft – he bought a camera, learned how to edit, produce and direct his own music videos. This is not surprising seeing as a young Benji grew up watching his musician father record, mix and distribute his music. He toured with artists such as Whitney Houston, Michael Bolton and Peter White and Benji was surrounded by soul, jazz and RnB, music from a young age. Before beginning his own music career, Benji was a child actor who featured in many print campaigns and national TV commercials. He attended San Jose State University for 3 years, majoring in Business Entrepreneurship before leaving to finally pursue a music career.