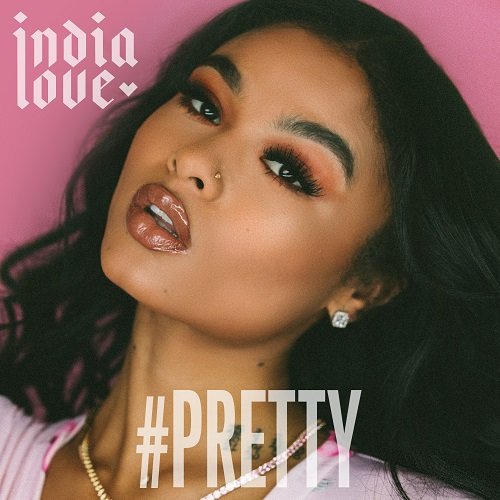 India Love is a woman of many talents: recording artist, model and influencer she collaborates with much loved UK-based fashion retailer PRETTY LITTLE THING for her first release of 2019. #PRETTY is released through Entertainment One (eOne) and produced by and starring will.i.am.

The track itself is reminiscent of Amerie’s 2005 classic ‘1 Thing’ as it incorporates the guitar stabs alongside India Love’s sultry vocals, will.i.am’s flows and enticing beat. Since its release on YouTube it has had well over 2 million views.

Influencer India Love dived into the music scene in 2018 and has released several singles including ‘Trouble’, ‘Talk Yo Sh!t’, and ‘Candy On The Block’. She has opened for the Black Eyed Peas on the promotional European tour of their seventh studio album Masters of the Sun Vol.1. Discussing their recent collaboration on #PRETTY will.i.am said of her new release “India never ceases to amaze me with her evolution as an artist and ‘#Pretty’ is the perfect example of her ability to make music outside of the box”.