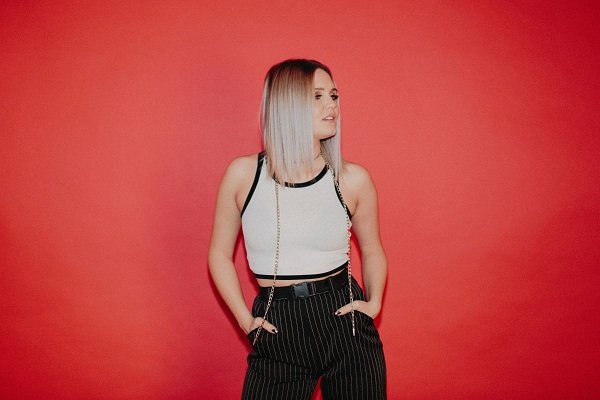 “You start doing so much to fit in and be popular that suddenly standing out becomes the challenge. Don’t be afraid to be yourself, trust in what you love and focus on that.”

Introducing Nashville artist Brit Daniels with the visuals to the brooding ‘Deja Vu’ which was released earlier this year. The muted tones in the music video directed by Matteo Guastamacchio perfectly reflect the sultriness of the track. Daniels sings about being stuck in deja vu, the song is about experiencing the present situation and this is portrayed in the visuals with the same shots being repeated over and over again. Melancholiness and frustration are portrayed in Daniels’ solemn expressions and vocal tone.

Brit Daniels has always loved music and performing. During her teenage years, she performed in various talent shows and recorded in local music studios, mostly singing about heartbreak and the struggles of being a teenage girl. In 2017, when she was a freshman in college her father passed away and it changed Daniels’ outlook on the stories she wanted to sing about and she began to release her own original music.

Brit Daniels has become well known in the Nashville pop scene, co-writing with a number of Music City legends and performing at renowned venues such as The High Watt, Mercy Lounge, and The Back Corner.

‘Deja Vu’ is certainly one song you will be happy to listen to again and again and with the innovative visuals, Brit Daniels is one to watch.