My God, What A Song From Tianda 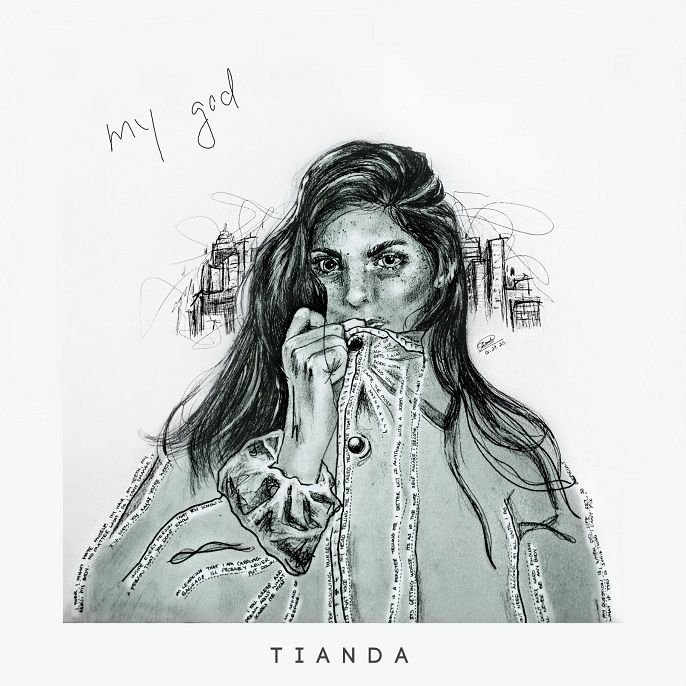 My God, what a song! Tianda, a singer, songwriter, multi-instrumentalist, and producer, is a true musical talent. A lyricist foremost, Tianda’s cadence has been influenced by rap, which she loves due to the freedom to use more words to tell stories. This much you can tell through her honest lyrics which evokes complete empathy from her listeners. Her music has been described as ‘dark pop’ and when you hear this, who springs to your mind? Billie Eilish, right? Well, Tianda has the same, chillingly beautiful undertones in her music.

My God blends soulful hip-hop and trap-inspired R&B. With a solo acoustic guitar as the setting, her voice and lyrics provide a narrative of honesty and transparency. The simple and melodic track naturally hooks you all the way through. It feels as though Tianda can turn her journal into lyrics and music:

My God, I’ve been looking for you
Used to be my best friend
Now I’m playing cards with the skeletons in my head
Talking to the walls, tryin to figure out where you went

“I want this song to reinforce that nobody is too pretty to be sad, nobody is too happy to be hurting. If someone tells you they are struggling, the most important thing you can do is simply believe them”. – TIANDA

Tianda began making music in GarageBand with a guitar and laptop on her bedroom floor, which has evolved into the studio she uses to produce her songs. Inspired by artists ranging from Bruno Mars’ funk to Anderson Paak’s rap and R&B, Tianda is a unique producer and singer-songwriter, blending a multitude of genres and influences into one unique sound.

Growing up in Northern British Columbia, Canada, where she taught herself to play guitar and piano by ear, she began songwriting aged 11. Gaining nationwide stardom as the winner of hit reality TV series YTV’s ‘The Next Star’ at 15, there is no doubt that we’ll be seeing a lot more of Tianda this side of the pond.