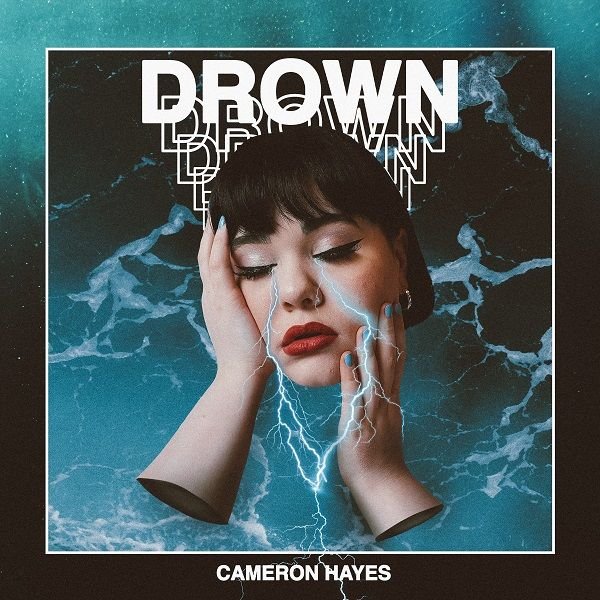 “I want my songs to tell stories”

Introducing Cameron Hayes and her innovative new single ‘Drown’ which is released on 21st February. Dark, brooding and edgy, ‘Drown’ is a hypnotic track from the 21-year-old British artist. Genres are blurred, lyrics are powerful and the song builds in momentum – euphoric one moment and jarring the next. It is all-consuming in its complexity and has a mesmerising and visceral pull.

“As I’m staring at the sky I think of all the the reasons why I feel so broken.
So here’s the last goodbye, lost in the water, falling under”

Cameron says of ‘Drown’, “I wanted to write something that reflected the point I was at in my life“, she continues, “The lyrics are a personification of the way I felt at the time through the metaphor of drowning.”

The new single hints at Cameron’s classical training from her time spent at the London Academy of Contemporary Music and she describes herself as electronic pop with an “aggressive depressive” undertone.

She says of ‘Drown’, “I wrote the track on the piano, then came up with the bass riffs, the drums, the guitar hook, turning it from a beautiful piano ballad to a giant powerhouse of a song. I love it!”

‘Drown’ is the first song from Cameron’s debut EP which she expects to release over the next few months.

Cameron Hayes will be performing at The Bedford on 27th February.