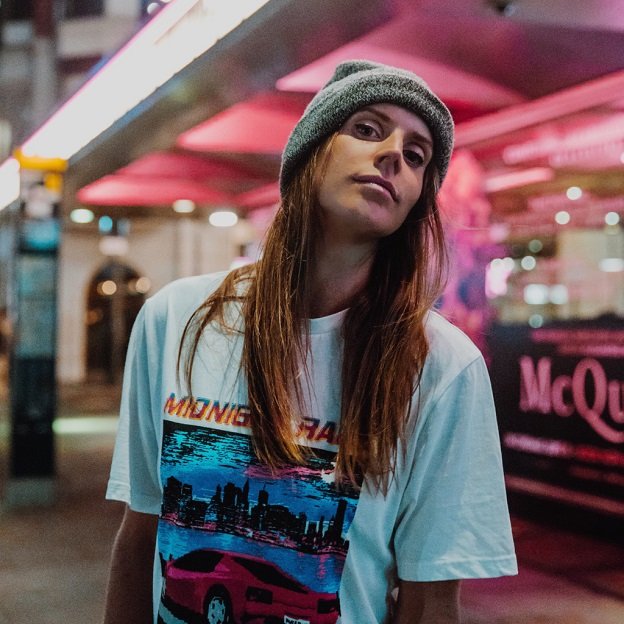 RIDER is back with her new single ‘You’ – an upbeat celebration of a song with a meaty chorus which will stay in your head for days. It’s punchy pop-rock which needs to be cranked up extra high. However, with RIDER there is always more than meets the eye with her music and is it a song which is also about relationship conflicts, inner strength, staying positive and the constant need to keep moving forward and not look back. The music video shows RIDER and her band and snapshots of her life – her skateboard, family photos, instruments, childhood toys, and artist stage passes. With strong instrumentals, fleshed-out arrangements and luscious harmonies, RIDER has done what she does best. The despair, heartbreak, and emotions that underscore her songs have been coated in a glossy sheen.

RIDER took some time out before the launch of her new single to tell us all about it:

Tell me about your new single ‘You’
‘You’ is about me falling in love with a guy who, for the first time made me fall completely head over
heels for really early on. The start of the relationship was pretty rocky though because I was finding it
hard to put myself back together again after having broken up with an ex. Around this time I remember
my Mom saying though on the phone that I should follow my heart and only follow what makes me
happy – wise words and so I did! I must admit I was feeling super vulnerable falling in love again but at
the same time in pure ecstasy! ‘You’ is basically a summary of this time and how this guy made me feel.

What is inspiring you musically at the moment?
I have to admit Angels and Airwaves is totally consuming my life right now. I’m obsessed! Also, I’m
really liking the production of Troy Sivan’s new music too. So slick.

Why the name RIDER?
Ok..well I’m a slight adrenaline seeker. I love speed, I love driving, I love riding a motorcycle,
longboarding, skating, snowboarding, running. I’ve also moved a lot in life too. I went to 8 different
schools, lived in 3 different countries and lived in 15 different houses (not including the numerous times
I’ve moved around in London). So you could say that I’ve had a very transient life – forever moving –
riding life. I still love to change the scenery a lot. I don’t think I could live somewhere for too long. And
to be real honest with you (and on a more deeper/spiritual level) I feel like my soul that is me is riding the
universe. Perhaps that sounds out there but hey, that’s me! I swear I’ve lived on a million other planets. I
like to think so anyway. 😉

Your music is very personal – how do you go about writing it?
I’ve been songwriting for years, at least since I was about 8 years old. I remember reaching a sticky point
with songwriting though when I was at university at LIPA. I started to doubt my songwriting abilities
because I was constantly comparing myself a lot to other students. I always felt my friends wrote better
than I. They were more clever, more crafty somehow. This doubt totally stunted my creative flow though.
Over the years however and despite this silly mindset I just kept on writing and producing my own
music. With every song I completed, I helped to let my creativity flow naturally again. I wasn’t comparing
myself so harshly with others as much and I began to love how I wrote songs. I do like to rhyme here and
there but I also like to write how I think and speak. I like to be real! None of this ‘what the heck is she
writing about’ guessing game. I want the listener to find themselves in my music and to be able to relate,
not pick apart cryptic lyrics. So, it’s been a lovely up and down journey. I just know myself way more
these days and I’m stronger for it.

What would people be surprised to learn about you?
That I’m a quiet cosmology and physics geek at heart and I love watching any videos to do with space,
the quantum theory, string theory, black holes, torsion field, sacred geometry, ancient history, the
universe. I just LOVE to learn why and how we’re all here.

The up-and-coming artist you love the most is…?
‘The Kondoors’. Check them out! They’re about to release an EP but have released some singles already.
I literally cry like a baby hearing their music. It’s so raw and beautiful. It hurts my soul almost it’s too
beautiful.

What moment are you most proud of?
Hmm, this is a tough one because I have many moments from passing my driving test to many performing
type experiences but actually thinking about it now, it’s been releasing the music that I’ve produced
myself. It took me years to find the strength and realise that I can actually do it myself! As a female artist
I must admit I was shaped into thinking I would have to work with a producer (usually male of course) to
create anything decent. All along I knew I could hear the finished song in my head but it was just so
frustrating that I didn’t know how or lacked the confidence to produce it myself. Thank goodness I can
produce myself and have the confidence to do so now otherwise I’d be one frustrated artist! I have two
men in my life to thank for this. My dad – a hugely gifted musician, composer, writer and producer who
taught me in my early years how to compose and produce using his home studio – he bought my first
microphone and mixer when I was 18. Also, David William Hearn who simply changed my life for the
better some years ago. He bought me an iMac for my birthday one year, then a keyboard and interface etc
and taught me how to use Protools. These men have been angels in my life, to say the least, and greatly
helped me achieve what I’m now most proud of!

What’s a typical day for RIDER?
Coffee, breaky, gym, shower, turn everything on in the studio and CREATE! Some days I don’t leave my
studio for hours on end – not even for the loo! But then I love to go out on my longboard and see my
girlfriends too obviously! To be very honest, every day is different for me and I love that.

If you weren’t in music what would you be doing?
I think I’d be working in a hospice or working with animals somehow. I like to help people achieve true
spiritual happiness and peace and I love all animals. I’d also be a painter too. I’m a painter already
although I haven’t properly pursued a living in that area because ya know…music is my everything. 🙂

What song do you wish you had written and why?
‘Chasing Cars’ by Snowpatrol. The simplicity and beauty of this song gets me every time.

Who would play you in a movie and why?
If there was an actress that was half Alicia Vikander and half Alicia Silverstone then that would be her.
Damn it! That’s a really hard question to answer! Lol She would be a badass tomboy who breaks rules
and dares to do things others don’t, but at the same time be a sweet ‘girl next door’ type.

What’s next for RIDER?
More single releases! I have enough for an album or two but Sapien Records and I would like to keep
releasing singles for the time being. Also, many more gigs and a tour – perhaps as support for another
artist or as my own of course. We’ll see what pops up first! And of course, I’m writing and producing
new material every day and week! It’s very exciting times, that’s for sure!

Thank you so much for having me. 🙂
Your girl,
Rider x

Read our review of RIDER’s headline show in London during the summer.