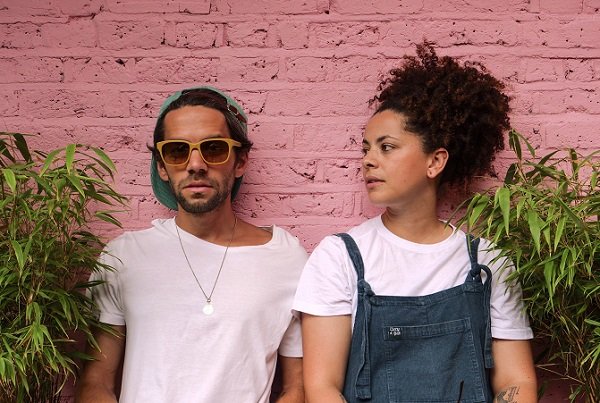 ‘Cold Hugs’, the latest single from dream-pop duo Peter And Kerry is as warm, pillowy and comforting as a duvet day when it’s cold and drizzling outside. Through fuzzy synths, fluid harmonies and dreamy vocals, the song reveals a nuanced nostalgia.

Prior to a five-year hiatus, the pair had much success with their debut album, toured the UK & Europe with Lianne La Havas, Lucy Rose and Laura Mvula as well as radio play on BBC Radio 1, BBC Radio 2, BBC 6Music and XFM, TV coverage, modelling partnerships with Adidas and Burberry. After some time out working on solo material and other projects, Peter And Kerry are back with their new release ‘Cold Hugs’.

The duo will continue releasing singles through the Ferocious/Kobalt label which they produce and finance themselves.

Neon Music caught up with Peter And Kerry to find out more about their music and plans for the future.

Tell me about your new single ‘Cold Hugs’
P: I was in a difficult situation with someone, one night they said I’d given them a ‘cold hug’ goodbye. Those two words stayed in the back of my mind for about 10 months until they very suddenly came out as ‘I don’t want to give you cold hugs when I have all the warmth in my heart for you’ one night sat at the piano.

How would you describe your sound to new listeners?
P&K: We have a lot of different inspirations and therefore probably a lot of different sounds – some of our older stuff is bedroom lo-fi folk, then we had a bit of an 80s New Wave period. Now we think it’s less about having a defined sound and more about going back to our roots, dipping into all those influences and just have fun recording and experimenting.

How did you two meet and what made you decide to make music together?
P&K: We met whilst both playing the Notting Hill Arts Club in 2009, and started hanging out as friends, started touring etc together, and about a year later we decided to record a small, fun EP together. When it was released we played a little show at The Slaughtered Lamb in Clerkenwell, and our managers phoned us up at 8 am the next day saying that we have to make it a full-time project.

What artists influenced you when you were growing up?
P: I loved everything from contemporary classical to obscure electronic music, vintage soul to heavy rock, bebop jazz to the alternative US rap scene, and everything in-between.
K: I was obsessed with my parents’ old soul records and Michael Jackson, and then as I started to pick up the guitar, I was influenced by really strong female musicians like PJ Harvey and Ani Difranco.

What did you get up to during your five-year break as a duo?
K: I recorded and released a solo record on Big Dada/Ninja Tune, as well as collaborating with a lot of amazing artists.
P: I made a solo EP, collaborated with some great artists, wrote a few ballet scores and wrote/produced a lot of other people.

If you could cover any song on BBC Live Lounge, what would it be and how would you make it your own?
P&K: Hmm, probably our cover of Chris Isaak’s ‘Wicked Game’ or Amerie’s ‘One Thing’, they’re on our Spotify and we tried to put our own stamp on them when we recorded them.

What moment are you most proud of in your music career?
P: What makes me most proud is seeing people on Youtube/Instagram etc who make videos and sing songs that you’ve written – it’s such a wonderful and humbling feeling to think that they’ve taken something from our music.
K: Probably Jamming with Prince and Lianne La Havas in my front room in Homerton, London.

What do you find are the biggest challenges of being in the music industry today and has it changed a lot in the past 5 years since you last released music together?
P&K: The biggest challenge is the same one there’s always been – money. But, this partly means the power seems to have shifted away from major and big indie labels, and towards artists self-releasing and being successful that way, which in itself is an amazing thing. So, like everything else in life, challenges always open other doors.

Describe a typical 24 hours in a nutshell
P&K: Wake up and drink a LOT of coffee, make music.

What’s next?
P&K: Keep on writing and producing new music for ourselves and others, and doing what we love in playing shows to people!