Eliza Shaddad is much loved here at Neon Music. She has an exquisite style which is mellow yet full of passion, and she sings beautifully. She was born to Sudanese and Scottish parents and grew up in seven different countries. She is also descendant of a long line of progressive artists and academics dating back to the 1800s. With an MPhil in Philosophy, fluent in four languages and a graduate in Jazz from the Guildhall School, Eliza has now released her highly-anticipated debut album, ‘Future’.

We have reviewed Eliza’s deut album ‘Future’ track-by-track since the songs are too good to just pick a select few. Recorded in the same remotely located studio as her EPs ‘Waters’ and ‘Run’, Eliza has continued to work with Mercury-nominated, longtime collaborator Chris Bond.

We previously interviewedthe singer-songwriter and she said of ‘Future’: “I think this album will bring together the vibe of everything I’ve ever written in one place, plus give a hint of what’s to come in the future. So I guess you can expect blunt honest and hopefully emotive stories set to a bedrock of folk and grunge, but also prepare for trip-hop and pop influences to come out, some guitar solos to start working their way in.. all sorts ha!”

The eagerly anticipated ‘Future’ album consists of 10 tracks, of which ‘White Lines’ is the first. And what a way to exemplify her emotionally charged, ‘post-folk’ sound! ‘White Lines’ was the first single to be taken from the deeply-candid album and also the longest track at 5:26. It is an upbeat start with honest lyrics, “I know if I hold brave and true I can drive straight into the future.” Eliza wastes no time in making her feelings known through her songwriting (“I’m sick of wasting time“). The music video sees her amalgamate her personal touch into her music by featuring female family members as the theme of the video.

‘My Body’ is a sensual track about “lying awake in bed, waiting to forget someone” (“No use in hiding how he plays on my mind/As I lay down to look for sleep“). It is an intense song and the yearning one has for a lover, or an ex-lover possibly is evident to the listener. ‘My Body’ demonstrates a more mature Eliza, in the way she subjugates listeners with her lyrical content and infectious rhythm.

Eliza slows right down for ‘Are You There’ with her haunting vocals and lyrics expressing thoughts of someone after a break-up, wondering how they are but having lost contact some time ago and therefore not being able to ask. The rhythm of the track is enticing, as are Eliza’s vocals. The additional use of drums and guitars sees the songs become quite dramatic. 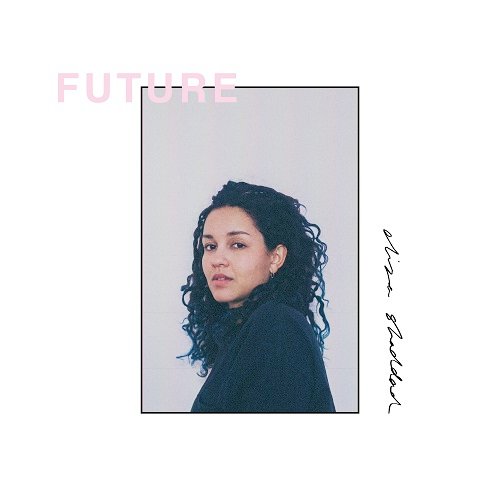 ‘This Is My Cue’ is another incredibly personal song about the sensation of not wanting to be in a relationship for a moment longer. There is a connection to ‘White Lines’ in terms of the beat. They sound similar, but not too similar at that. The chorus is really strong and Eliza has an urgency to her voice as she repeats “maybe I’ll leave today/I don’t want to live this way“. There is an air of sadness. Far from being a typical love song, ‘This Is My Cue’ deals with her life-changing decision to end a long-term relationship and go on a journey of self-discovery.

Eliza “[does] not mean to be unkind” in ‘Slow Down’ and the relaxing nature of this song reflects that. In this song, her vocals are especially soothing and she has the ability to sing about pain and heartbreak in the loveliest way (note the comforting “do do do do do” in the background). Therefore, there is a dreamy quality to it. One we could happily listen to on repeat, as with the entire album.

‘Daydreaming’ is a very upbeat track, if not the most upbeat track of the album. It has a distinctly folk sound, but Eliza ensures that this it is modern-sounding at the same time. This is in keeping with the tone of the entire album. It is enjoyable to listen to with unmistakably unique lyrics.

‘Just Goes To Show’ is the current single from Eliza Shaddad, in which she explores the raw emotions one must deal with upon the aftermath of a break-up. “‘Just Goes To Show’ is about that gross, desperate, world-ending feeling you get just being broken up with,” offers Eliza. It has a slightly rockier sound and I can’t help but think ‘chilled out Alanis Morrisette’ if you will. The music video for ‘Just Goes To Show’ sees Eliza and friends don 80s attire in what appears to be a prom whilst Eliza, in a pink frilly dress, breaks the fourth wall and therefore sings facing the camera.

‘Your Core’ is another edgier tune. “But I’m a silly tired little girl / Who’s only ever wanting more,” she sings.

The penultimate track, ‘The Conclusion’, Eliza gives a heartfelt apology to an ex-lover for how things worked out and analyses the heartbreaking reason her relationship came to an end (“Yeah it cuts me down/ Because he never understood“).

And finally, ‘To Make It Up To You’ is a song where Eliza uses her songwriting skills to again write a song to demonstrate her feelings. It’s a fairly short song and a perfect way to wind down the album.

‘Future’ has been described as “nakedly confessional” (FADER) and we couldn’t agree more. The songs are personal yet extremely relatable; a result of excellent songwriting in combination with gripping beats. It is these truths and power behind Eliza’s lyrics which set her apart from any artists at the moment. Her sound is mellow but with a rock-y feel which maintains a certain coolness.

Eliza Shaddad is the calm before the storm, in music form. Be ready, because ‘Future’ proves that she is here to stay with this stellar debut.