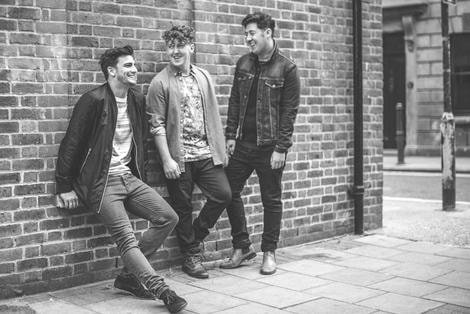 On a grey January morning I had my day considerably brightened by speaking to Jack, a member of the British Indie-Pop trio The Tailormade who were crowned as the Capitals ‘Best Buskers’ by Mayor Boris Johnson in 2015 and spent the Summer of 2017 playing to crowds of over 15,000 and supporting pop superstars including Olly Murs, Madness, Jess Glynne, Mullally and the legendary Tom Jones.

The group has just completed their first UK tour with The Coffee House Sessions where they have been performing in Surrey, Essex, Bath, Northampton, London, Nottingham, Bradford and York alongside the release of their new single ‘Mr Perfect’. They have performed in a lot of university venues where people have been “warm and welcoming, sticking to the caffeinated drinks rather than drinking”.

It’s not just their music which is so upbeat and feel-good, but the band themselves. And who can blame them? As Jack says, they are living the dream of being together having many laughs doing what they love and meeting incredible people. They have had a busy year so far, “We have been seeing a lot of the country which is amazing, also doing a radio tour. We’re at BBC Bristol and Metro Radio tomorrow. Every year we’re learning and growing and doing things our own way, we had such a huge summer supporting all the acts and decided for this year to get our craft ready, record and get a song out straight away“.

‘Mr Perfect’ is the ideal song to start the new year with. Insanely catchy (it’s a real earworm of a tune) fingers will be clicking and toes will be tapping along to the addictive melody and harmonies. The boys make it quintessentially British and you won’t forget the lyrics in a hurry. You’ll be singing “she just goes for rotten blokes” for days afterwards. The Tailormade are known for their honest relatable lyrics and ‘Mr Perfect’ is no exception.

Jack says of the new single, “We started writing the track four years ago while at uni. We had a friend who always went for the wrong kind of guys who would cheat on her. We know so many girls that go out with the wrong kind of guys so came up with the lyrics and thought it was a really good idea. We only kept the first line ‘sweet girl’ from the original song and played it at tours during last summer and had a good reaction so thought let’s see what happens when we get in the studio. It’s very relatable whether you’re the guy or girl“. The music video is out soon and Jack says, “I won’t give too much away, but it’s a really cool concept. The Ken doll is coming to life, there are a lot of dolls, a ‘Take Me Out’ style idea“. 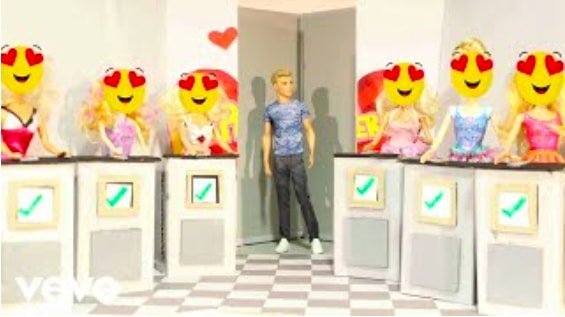 I ask if the band will write darker songs or continue to display feel-good vibes in their music and Jack says, “We have a similar theme in our songs apart from one pop ballad called ‘Primrose Hill’ which is a darker story about situations that have happened to us. Otherwise, we like to keep it catchy, fun and upbeat. When doing a live gig and people are watching a band for the first time, they want to have fun and a laugh, so we like to make music which gets their foot tapping“.

The band met at university and started busking, “We left uni in 2013 and instead of going to get proper jobs busked around Europe for 6 weeks then said let’s go home and save up then go to London. We decided to go straight to London rather than going home first and moved there. We borrowed, begged and stole. We slept in a house with no furniture then bit by bit a sofa appeared then a bed. We were working harder, then started busking and won ‘London’s Best Buskers’. We don’t go busking anymore for money but do it to try new material. It’s great for that“.

The Tailormade has been fortunate to meet some amazing artists, especially during their tour last year. “We were supporting The Beach Boys, Madness and Tom Jones; basically hanging around with music legends”. I wonder which artists they are listening to and who inspires them. Jack says, “Because we’re on the circuit we like to listen to up and coming artists and follow their journey – Ady Suleiman, Tom Walker, Stormzy.  Actually, Stormzy’s album was our highlight – we like the acoustic poppy side“. Ed Sheeran also comes up in conversation, “He’s from Suffolk in the town next to Matt and we like the kind of music he does“.

Of course, there are challenges being in a band. Jack says, “We never have the same opinion. However, if you are a solo act it could be lonely, but for me the best thing is getting in a car with my best mates, constantly having a laugh. We’re more like brothers than mates; we’re all so passionate about it, trying to further our careers. But as a band, we don’t always agree”. And challenges in the industry? “In this day and age it’s a more saturated market which makes it harder to break through, but in the same sense, because it’s so DIY you don’t need a label, you can make it yourself. We’re very loyal to Spotify, you’ve got to play the game“.

And what would they be doing if not for this? Jack says, “Aaron did a technical degree so he would have been working as a lighting designer for the West End. Matt would have gone into business of some sort, probably music management and I went down the musical theatre degree route so Aaron could have been doing lighting designs for me!”

When they are not writing, on the road or hanging out with music icons, The Tailormade go to schools and do songwriting workshops with kids, “We encourage them to make the music they wanna make”. Jack continues, “Monday to Friday what to do you do? Do you write or stay in watching This Morning? We said let’s get out there and do something. Music is about expressing yourself“.

The visuals for ‘Mr Perfect’ are out soon.

You can stream ‘Mr Perfect‘.