‘Dynamite’ Is An Explosive New Music Video From PLYA 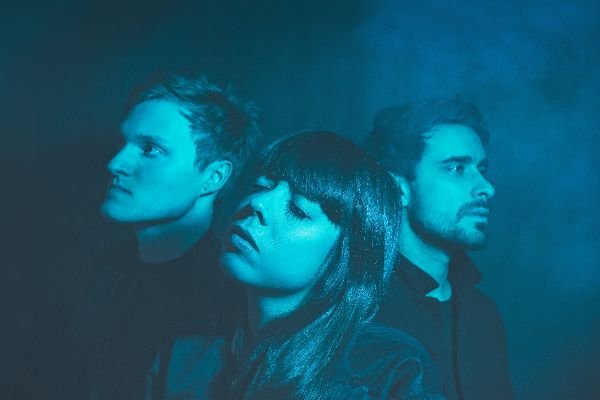 ‘Dynamite’ is a cinematic track from PLYA, the electronic, rock, atmospheric, alt-pop band who are getting people talking. Pronounced “ply-ah,” Spanish for “beach” it features the vocals of Julia Sykes, whose eclectic upbringing has influenced the group with their connections to London, Europe and Los Angeles.

Thirty seconds into the track and it makes you feel as if dynamite has erupted in your ears as the explosion of the chorus hits you. Julia’s eerie vocals make her sound like someone you don’t want to mess with, but there is still a beautiful voice behind that clear-cut presence. She explains, “‘Dynamite’ is about that fiery relationship you know isn’t good for your health but you just can’t get enough of”. She continues, “That internal battle of whether this person is ruining your life or completing it.”

The music video for ‘Dynamite’ was filmed in a derelict church building in London and the electric colours used enhance the intensity and dreaminess of the song which explores themes of addiction, lust, and toxicity.

“We wanted to capture the dark element in ‘Dynamite’ in a raw, honest, energetic performance”, explains Julia. ”We filmed it in a beautifully flawed and imperfect church in South London which we felt really captivated the emotion of the song.”

PLYA is just over a year old but they have had many achievements since their inception – since their debut ‘Thinking Of You’ and its striking visuals, the band were named BBC London’s ‘BBC Introducing featured artist’ and had their Hype Machine Top 10 single ‘Feast My Eye’ hand-selected by Sir Elton John for his Apple Music Beats 1 Radio show.

They also sold out their debut headline show at London’s Camden Assembly and went on to support the likes of Grammy-nominated artist K.Flay, R.LUM.R, The Aces and The Night Game in the UK and Europe. They played at The Great Escape Festival 2018 and appeared at the sold-out three-day festival O Son do Camino in Spain.

PLYA will be releasing their new EP ‘Still In Love’ this Summer.