Bring On The Vinyl Revolution 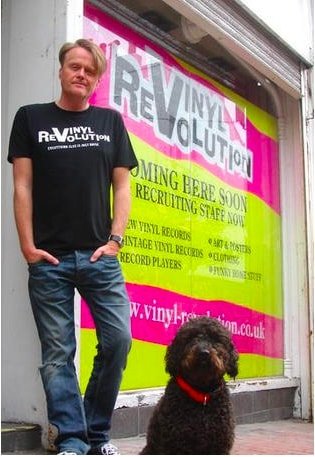 Did you know research shows that an incredible 45% of music lovers have not felt comfortable asking for advice in a record store while 25% have chickened out entirely asking for a particular artist or record in a record store because they didn’t feel it was cool enough and might be judged?

Vinyl Revolution, the online record store, carried out this research prior to the exciting launch of their flagship store in Brighton on July 15th. They want music lovers to feel completely at ease where they can browse until their hearts are content and ask advice from knowledgeable, friendly experts who won’t judge their music selection.

39% of respondents have felt intimidated or judged in a record store
75% have gone online to buy a record, even though they have a nearby record store

Words used by respondents to describe their experiences include: intimidating, arrogant, judgemental, unhelpful, frustrating, snobby, pseudy, uncomfortable, daunting, arrogant, elitist, impersonal, overcrowded, pretentious, cliquey, cluttered, disorganised, confusing, grumpy, cramped, blokey, old-fashioned, unfriendly, too male orientated. One respondent, who was laughed at in a record store for his choice of music, said: “I still start sweating when I see a 7 inch”.

The Founders of Vinyl Revolution, Rachel Lowe and Simon Parker, have come up with a fantastic idea for music lovers, and especially those with a love of vinyl which is back in a big way. 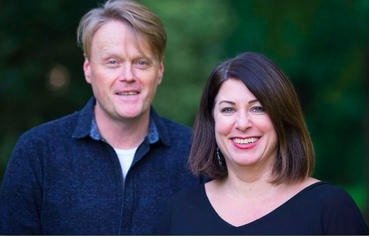 They want to make it a fun and welcoming experience, first and foremost. It is a vibrant, spacious and thoughtfully designed space in the city centre that is spread over two floors. You can buy exclusive vintage and contemporary vinyl as well as pop-culture inspired clothing, music inspired art and fun household items. It’s for those exploring vinyl for the first time to the hardcore collectors.

“Vinyl Revolution is inspired by our love of music, but also by our absolute passion for making it fun, friendly and accessible to all,” said Simon Parker. “Record buying and buyers have changed, but record stores haven’t. Vinyl Revolution is set to change that and make the record-buying experience enjoyable for today’s music lovers, who are rediscovering vinyl in their droves, with spending on vinyl albums increasing 53% last year to its highest level since 1991.”

“We’ve created Vinyl Revolution to offer a completely new record-buying destination, whether that’s in our flagship store or online.  We welcome everyone, regardless of their musical interests, gender or age, and we offer a rare mix of vintage and new vinyl. Whether you’re looking for a special album to add to your collection or you’re trying to find the perfect present and don’t know where to start, our staff – who are all music lovers – want to help you.  And we will never, ever sneer at your choice!”

Co-founder Rachel Lowe said, “While making music friendly and accessible is our passion, Vinyl Revolution is not just about the records.  Our exclusively designed clothing, art and household items offer something for everyone,” she continued, “If cooking is your rock n’ roll, we’ve got a really cool apron for that.  If art is your thing, you’ll love our edgy prints.  If you’re a beer drinker, we’ve got the perfect glass for your pint.  And if you simply fancy a good cuppa, you’ll love our Boy George teapot.”

The co-founder of Vinyl Revolution, Simon Parker, has been a keen musician from an early age, and still writes and plays in two bands.  He is also a teacher at Brighton Institute of Modern Music, a former radio DJ and the author of ‘Road To Nowhere’, an autobiography of his experiences in the music industry.

We spoke to Simon about this research, his music background, love for music and wanting to create a record store where everyone is welcome (even mums with buggies!)

Simon tells us how it all began, “When I was younger I always wanted to be in a band. I grew up in Chichester pre-internet and Brighton was always that beacon of creativity so I moved there in 1993. I played in some bands, got signed, had a lot of fun, and also a lot of bad luck! Around early 2000 I got into music promotion and worked with a venue called The Pressure Point where Jimi Hendrix played. I brought in groups like Kasabian and Bat For For Lashes as there was a rising wave for Indie bands. I worked with a lot of unsigned bands for over 10 years then set up the vinyl division for Truck/Rapture group in Oxford. I learned a lot, but setting up my own company had been on my mind and I didn’t want to be away from Brighton.”

He says, “Vinyl has come back in a big way; the shops haven’t changed but the buyers have.” We discuss the tragic demise of independent record shops and he says, “If those shops had held on for a few years longer, things will have changed. Vinyl sales are up 50% year on year and there is interest across the board.”

Following the recent Vinyl Revolution pop up shop in Tunbridge Wells, Rachel and Simon were thrilled to see how popular and successful it was. Simon says, “It was great to see families shopping, we saw three generations in a family shopping together.” He explains why people should invest in vinyl, “It’s tactile, the sound is much better and it’s nice being able to physically own something. We all listen to digital music, but it’s soulless. Vinyl is a statement.” He also says, “With vinyl, it’s not the cheapest, but it’s the best. Record companies have different prices so you can buy re-issues for £15 – £20 and up to £30 or £40 for a deluxe re-issue of an old Pink Floyd record which has been restored with fantastic artwork. Sometimes you can get a free digital download with a vinyl buy or a CD included so it’s a great investment.”

We discuss how the music industry has changed and he comments, “The industry has changed tremendously since Napster and file sharing. They were making a huge amount of money but didn’t invest in the future. Fast forward to 2017 and we’re settling down with digital platforms, but it’s not going to kill off vinyl. People use Apple or Spotify as a lending library, but after trying out and listening to so many albums, they will go out and buy one of them.”

I ask his advice for new artists who want to get their music on vinyl and he says, “It’s not cheap and you can’t cram too much on as the sound quality fails. The more music on there, the quieter it gets. If artists want to put something on vinyl then it’s best to keep it to 2 or 3 songs, or do a 10-inch and don’t cram too much on to it.” He says, “It’s definitely worth it, especially for an album with 10 to 12 significant songs. It’s a moment having an album so don’t rush into it.” He suggests another option is to “do a 7-inch single or split the costs with another band. You could have one side of artwork for one band and one for the other side.”

The flagship store in Brighton is a really exciting prospect and you just know Rachel and Simon’s passion and enthusiasm will spill over into everything they do and sell. He says, “We’ll only be playing and selling vinyl. We will use the decks and
be playing the best of the new releases; everything from Little Dragon to Massive Attack to The Stranglers.” The hand-picked staff will be “hijacking the decks.”

And it won’t just be about selling records, he says, “On the downstairs floor there will be room to have live bands, signings and screenings and music documentaries. Also workshops, perhaps a drum workshop as we sell vintage drum kits. There will be plenty for collectors and also a community feel.” It will be an entertaining immersion in music and pop culture.

Simon is so excited to be where he is at this point in his life and says with nostalgia and excitement, “21 years in Brighton and I’m opening a record store in Duke Street. It’s a dream come true.”

As Simon says, “you can never have too many records. There will always be something else, a really old record or lost master tapes that someone has found. That’s the magic of vinyl.”

Vinyl Revolution will be opening on Saturday, July 15th at 33 Duke Street, Brighton