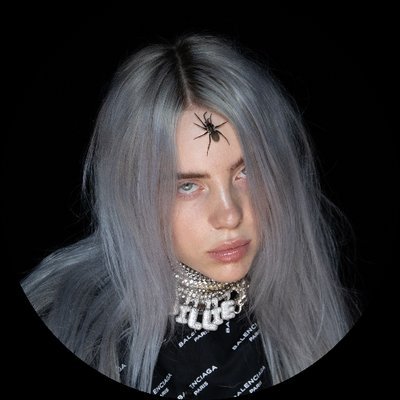 I pose this question to you: what makes a real artist?

Is it a subjective idea, a perspective on the quality of their music as a whole? Is it the production aspect, the lyrics, interaction with the community, ability to perform live? Perhaps it could be a combination of all these things, as 17-year-old artist Billie Eilish proves possible.

Since blowing up in 2016 with her debut single ‘Ocean Eyes‘, Billie has seen nothing but success with 10.1 million loyal Instagram followers, over 25 million monthly listeners on Spotify and a sold-out world tour. She recently interviewed with Vanity Fair called “Same Interview; One Year Apart” that shows her drastic rise to fame.

Billie Eilish boasts enchanting vocals, raw, emotive and personal lyrics and dark but conceptually brilliant visuals such as that in a recent video release for ‘When The Party’s Over’.

What really distinguishes Billie from the crowd however is her personality and demeanour, maturity and awareness shines through that is rare and refreshing from someone so young. Whilst we’ve witnessed other young artists faced with fame get lost in the industry, Billie Eilish seems surprisingly level-headed. She once asked her fans to lower their phones during her concert as she felt that if she died they would keep filming, and she’s definitely not far off.

In an age of technology saturation, the unwanted truth is that people have become too preoccupied with social media that true connection is being lost. As a massive advocate for appreciating her fans, she called them her undeniable equals in an interview with Q on CBC, “I try as hard as I can to not be anything more than they are.” She even has a show on Beats1 radio called “Groupies have feelings too” dedicated to her fans where she shares her new favourite music and takes calls from her supporters. Humble, authentic and raw, she shows all the signs of a real musician with talent and heart.

Accustomed to pop stars of past throwing water on fans, spitting on them, even punching them, Billie is a diamond in the rough. I personally witnessed the 16-year-old rapper Lil Pump live earlier this year at Wireless Festival London. Throughout his performance, he would encourage his audience into a mosh pit which ultimately resulted in a member of the crowd collapsing to the floor. To be fair to Pump, his fan received medical assistance immediately. The darker implication, however, was that this definitely was not the first time an incident of this nature had occurred, yet he continues to incite violence for the hype of it. The disparity between the two artists, both the same age, could not be more apparent.

Our young star does not care for industry norms nor does she intend to conform to them; demonstrating above all else a value for those that love and support what she does. A true role model; Billie deals with her fans and music with a natural warmth and honesty, which explains her impressive fanbase that is sure to grow deservedly rapid in years to come.