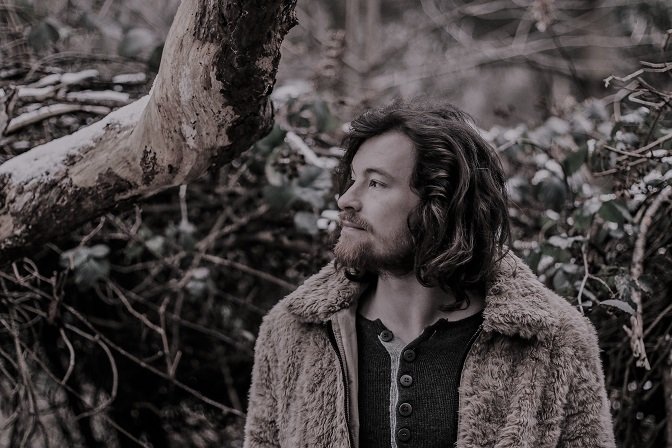 FERGUS launched his new single ‘Too Much’ at an intimate and atmospheric gig in London’s Cocoa Vaults. The talented singer-songwriter performed tracks we have come to know and love from his 2018 EP ‘Purple Road’ (including ‘Sinking’, ‘You Or Nothing, ‘Nobody Knows’ and ‘Willow’). FERGUS’s airy music sends shivers down the spine at the best of times but it was enhanced by the basement setting of Covent Garden’s Hotel Chocolat. Listeners were riveted by his solo performances as well as extra layers provided by his band. Of course, the accompanying chocolate didn’t hurt and was as rich and heady as the music.

‘Too Much’ is the second single from FERGUS’s ‘Three Of Swords’ EP due for release in August 2019 via Goldun Egg Records. When introducing the new song FERGUS admitted it’s darker than previous work, it’s about “going things over and over again in your mind, obsessing and becoming frozen until you explode.” He continues describing his new sound, “there’s quite a lot of rage, but I like it.”

“Ahh, well if that’s if that everything, ahh all the shit you said to me, ahhh I don’t want these memories, just a chance to try.”

The music video is directed by Rankin cinemaphotographer Jordan Rossi and reflects the darker tone and crescendo of the song. Despite the emotion, FERGUS still delivers in his stark, calm and ethereal way, letting his vocals relay all the emotion.

The London based artist says, “This song is about feeling trapped by conflicting emotions, obsessing over everything, then eventually exploding in an outburst you grow to regret, it may be cathartic, but costs your dignity. There’s a sad desperation, but also an element of cruelty in the line ‘I don’t want these memories.”

Chatting after the show FERGUS and I discuss if he has to be in a particular zone to write his songs and he admits he generally has to be in a dark place but is happy at the moment which can make it harder to write. I suggested watching the Channel 4 series ‘Chernobyl’ which led us to discuss various popular TV shows. We also touched on his forthcoming festival appearance at Cornburywhich he is really excited about.