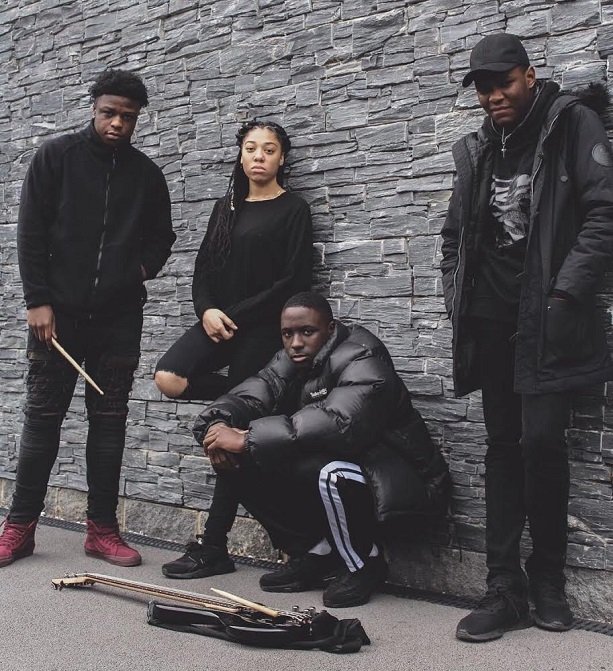 Question Mark is a Neo-Soul band emerging from the foundations of East London Arts and Music College. All aged between 16 and 18 their mature approach to music allows them to manoeuvre between genres and experiment with the kinds of sounds that they produce. Upon sitting through a rehearsal and a few of their live shows, I began to understand why they chose to go by the name ‘Question Mark’ because you will never know what to expect from them both rhythmically and melodically.

They began their set with a soulful composition called ‘Jungle’. When asked about what influences the sound of Question Mark, artists like Robert Glasper were mentioned and in the way they were able to hold a simple yet intricate groove for 4 minutes without losing the audience’s excitement made their jazz influences clear. We then welcomed to the stage their lead singer Sarah who introduced the song ‘Trust’ which includes R’n’B heavy lyrics about heartbreak with a latin salsa feel added by the instrumentalists. We don’t always come across musicians who are able to confidently intertwine genres like R’n’B and latin style music together and the fact that they brought this concept to life shows their determination to make their mark in the music scene.

The band decided to slow the pace of the set with a song called ‘Goodnight’, which explores the topic of loss with an angelic voice to deliver carefully crafted melodies. They used this song to show off their R’n’B roots before taking us back on a journey through different grooves. Throughout the 25 minute set, Question Mark never failed to keep the audience’s excitement at a high and their engagement constant.

Question Mark experiments with their musical ideas without being too overbearing for their listeners. In each song, we are introduced to the skills they obtain as a whole, from their fluidity between genres to beautifully crafted lyrics and melodies. This is the band that will fill the void in UK music so all lovers of Afro-Jazz, Latin salsa and Neo-Soul are advised to keep an eye out for this band.