Why We Need Potentiam In The Music Industry 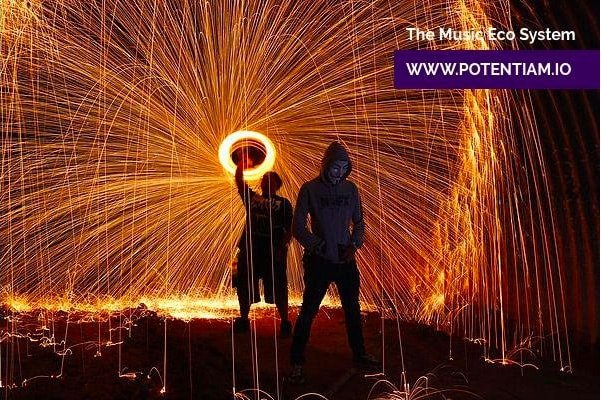 The music industry is currently in need of a fresh injection, and a much-needed overhaul. The industry currently takes 86% of artist’s takings. Music creatives often find themselves ignored by Media conglomerates, lacking that exposure and funding to help propel the avenue to gain them recognition for their art.

The music industry is in need of a system that provides clarity for the contributors and offers an honest platform to interact with the artists and fans.
This is why this writer is passionate about Potentiam, a new project created to give a voice to music artists, writers, influencers, and the fans. It is a chance to bring these people closer and to assist in helping one another gain the exposure needed to give everyone a chance within the industry without any shortcuts, or talent cast aside.

Potentiam was created by music industry experts who wanted to help promote emerging acts. They created BritznBeatz in 2016 now Neon Music, which has resulted in over 150,000 subscribers. Potentiam aims to bring fresh new talent to the core by the use of Blockchain, a decentralized, autonomous, and incentivized ecosystem with the use of smart contracts.

The main benefits of this project include the ability to use tokens (cryptocurrency) which provides members with the opportunity for monetary rewards via free advertising, marketing, promotion and crowdfunding opportunities. This means the writers, fans, and creators will receive appreciation for their hard work and be rewarded for it. It is a chance to be more accessible to the people who make the music and to create a more tangible relationship within a community with like-minded folk. This means music creatives will be able to promote their work and share it while gaining adequate feedback.

The opportunity to promote musicians and expand the target audience through the project’s own network without the necessary costs record companies take from artists to produce and promote their music.  A system where the music artist can put faith in those they can truly trust without the hours spent putting a record together, only to see they have been failed through poor promotion.

Contributors have the ability to harness the power of the social network’s free advertising with fellow peers and fans, which means those music creatives won’t be forgotten.

The opportunity of a ranking system based on the contributor’s interests, experience, writing style etc. with monetary rewards in the form of tokens. This will increase within the community via the amount of work put in, and how others react to it. This will enable much-needed appreciation and recognition for the writers.

In summarising, the Potentiam project is a goal we all need to strive make happen because it protects the future of an industry, whose interests need reinvigorating, and to provide an opportunity for those whose talents and diligence matter. This project creates a close and safer working environment to allow careers to flourish by working closely with those who make the music, those who write about it and those who support it.