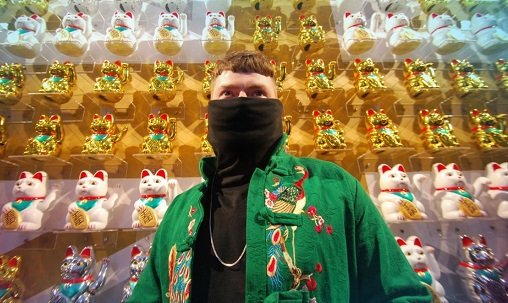 We Speak Music is the six-part docuseries and full-length film fronted by innovator and musician Reeps One; which premiered in full in London last night.

The Everyman Cinema is truly a film experience at it’s finest I thought while reclining on the comfortable, beautifully patterned sofa ready to watch a private screening of the new documentary and film, ‘We Speak Music’ in association with Reeps One, Lonelyleap, and Nokia Bell Labs.

Harry Yeff (AKA Reeps One) began his career as a beatboxer, after winning the UK Beatboxing championships and transforming himself into a pioneer as to innovation for music and its relationships with Science, Art and Audio Culture. Travelling around the world with a taste for discovery; he was approached to work in collaboration with Nokia Bell Labs; the industrial research centre for scientific development and Lonelyleap, a collaborative team of creatives and strategists.

We Speak Music is the story of the power of one voice; shown in livelihood, community, culture, and technology all in place by the perfect protagonist, Reeps One. Released in six parts on YouTube by beatbox channel Swissbeatbox; I was able to watch it with all the six parts connected into one full-length film courtesy of Lonelyleap in an intimate cinema room of press members and an introduction and summary by the protagonist himself.

Each with its own chapter of discovery; the documentary led us through a journey that began with a story of growing up and ended with an unexpected turn as to how technology will imminently affect us in the future of music. Though I won’t ruin any surprises, I could not recommend this documentary more as a showcase of the positive influence of music in the community but also if you are someone who constantly looks up at the sky and wonders where and what technology will be doing next.

You can watch the first, second and third parts of the docuseries now.