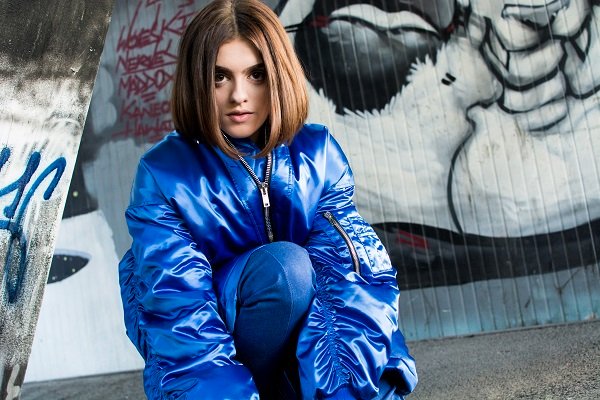 Start your weekend early with the sultry tones of singer-songwriter May Roze and her new music video for ‘Again’ (Remix). The track has a distinctly seductive vibe enveloped in a Pop/RnB style with subtle trap beat. The accompanying visuals show the young singer-songwriter posing and dancing in front of a graffitied backdrop.

The remix is a version which shows a new side to Roze’s music. She comments, “After releasing the original version of ‘Again’, my producer and I wanted to explore a different sound. That’s when we came up with the Remix. It was a way for me to show a different side of my music, more R&B, with some dance parts in the video, a direction that will lead what’s coming next.”

The song is about leaving someone behind and learning from past mistakes.

May Roze was born and raised in Switzerland but currently lives between London and France. She was born to do music having performed on stage for the first time at just 3 years old and growing up in a musical family.
Since moving to London, Roze has had vocal training with international coaches including Stéphanie Dumouch and Nick Cooper (vocal coach for Beyonce, Emeli Sande, Ciara, Zendaya) and worked with renowned producer-composer Load Track. She started to make her mark in the UK last year when her single ‘Again’, reached number 23 in the Commercial Pop UK Charts and number 1 in the Kings of Spins.

2019 holds much promise for the talented May Roze.