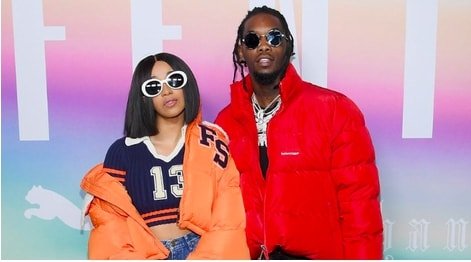 Being in a relationship is hard work. Being in a relationship when millions of people are watching your every move is undeniably harder. However, in the music industry, there are countless fairy tales that prove that, with a little dedication and a lot of patience, romance can thrive, even in the harsh glare of the spotlight. These couples prove that true love can last, even in the fickle music industry:

Beyoncé and Jay Z: While Beyoncé and Jay Z have certainly had their ups and downs (which happened to be the very reason Lemonade was so good), this couple has weathered the storm and is stronger than ever today. After more than a decade together, Bey and Jay have collaborated on more than just singles, however: the couple also has three beautiful children, Blue, Rumi, and Sir.

Faith Hill and Tim McGraw: Country music’s reigning king and queen are proof positive that love can stand the test of time in the entertainment business. In addition to their musical collaborations, like “It’s Your Love” and “I Need You,” the decade-spanning pair has three daughters together.

Selena Gomez and Justin Bieber: Are they? Aren’t they? While Justin Bieber and Selena Gomez have certainly given fans a roller coaster ride with their relationship, they’re still one of the best couples in pop music. Despite their breakups, makeups, and all those songs reportedly about their relationship, this on-again couple is, without a doubt, one of the music industry’s most interesting pairs.

Cardi B and Offset: The “Bodak Yellow” singer, who recently wowed audiences with her performance at the Grammy Awards of 2018 that took place in New York City and Los Angeles, has finally found her prince in the form of Migos rapper Offset. While this pair may have different styles—Cardi’s clearly bubbly, while Offset is more the strong, silent type—the duo decided to make it official, with Offset proposing to Cardi with a massive diamond ring worth a reported half-million dollars.

While braving a romance in the spotlight is no easy feat, these musical duos prove that, with a little dedication (and a few love songs thrown in for good measure), a lifetime of beautiful music can lie ahead.