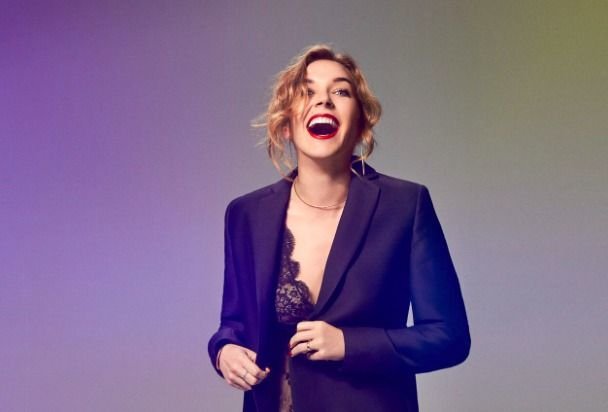 Glide on the smooth vocals of Sunny Ozell, a singer-songwriter based in Brooklyn and London whose music is a glorious fusion of Americana-roots, blues and jazz. Her latest singles ‘Take You Down’ and ‘The Garden’ are a delicious taste of what is to come in her summer album release ‘Overnight Lows’.

‘Take You Down’ is heavy on the blues and dunked in a moody, swirling pot of nostalgia. It immediately takes you to dark, bourbon smeared, smoky rooms and makes you feel sultry and rather reckless. In contrast ‘The Garden’ screams of days spent twirling in the blazing sun and exudes a hypnotic hazy feel. You’ll need an Alka-Seltzer for the hangover-inducing ‘Take You Down’ and don’t forget your suncream for ‘The Garden’, this song truly smoulders.

Sunny’s writing is intricate and versatile. She began her classical vocal training when she was 10 and living in Reno, Nevada and was the only child member of the Reno Opera Company two years later. Moving to New York in 2004 was life-changing and where she started to hone her own sound after being immersed in Blues, Jazz, Latin music among other genres. Sunny’s debut album ‘Take It With Me’ was released in 2015 and her second album will be released this summer following recent UK tour dates.

Sunny Ozell proves she can combine a nostalgic aesthetic with an undeniably fresh edge which is the perfect summer anecdote.

You can stream ‘Take You Down’ and ‘The Garden’ here.