“Stand Out & Be True To Yourself” – Wise Words From Hatty Keane 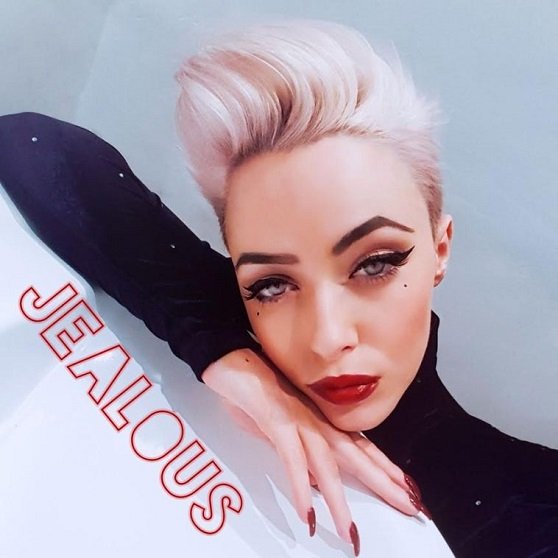 From childhood dreams of being a scientist after watching forensic shows to following a vegetarian lifestyle for the past two years, there’s a lot more to London-based artist Hatty Keane than meets the eye.

Described as feisty, at least within her lyrics, Hatty aims to empower her listeners. With her music she says she wants people to have the courage to “stand out, be out of the norm and be true to yourself.”

Having made music since the young age of 16, Hatty, who has supported the likes of JSL, Ed Sheeran and Rudimental, has spent the last few years finding her sound and the direction she wants to take her music in. With her latest release ‘Jealous’, she finally appears to have come into her own and found a style that is uniquely hers.

Speaking of her musical style and its evolution, she says, “I would best describe my sound as cinematic soul. Soulful pop with a retro twist. Originally when I was learning to write songs it was more generic, and the lyrics were a lot less mature. Now my vocals have improved a lot as well, so my sound has gone from being very generic pop dance music to more soulful vocally led music.”

Delving deeper into the inspiration behind slick and impressive ‘Jealous’, she says, “The song  is inspired by my past relationships. Like anyone in a relationship, I get a bit attached to or possessive of my boyfriend. But, in a cheeky way. It’s a cheeky way of saying you make me so jealous, but it’s because I love you.”

‘Jealous’ is very much a track based on personal experiences, but Hatty is not opposed to telling a few imaginative stories with her music. She touches on her James Bond-esque offering ‘If I’, where she explains she imagined characters in her head while she came up with the song.

Whether it’s based on personal experiences or creatively telling stories, something that stands out about her music is her ability to make it completely her own. Even influenced and inspired by others such as Bruno Mars, Motown, and Amy Winehouse she explains that she “puts an edge to it; her own flavour.” This unique flavour has meant a lot of success for Hatty and she remembers her most memorable moment as she says, “When I performed in Israel for Forbes magazine in the Tower of David. That was really very cool!”

What’s to come next seems just as cool, as Hatty reveals her plans for a constant stream of music. She says, “I want to make a lot of new music, and have live gigs, now that I’ve found who I am and what my sound is.”

Hatty Keane may have made a great scientist if she had gone down that route, but finding her sound, and making use of it to produce some amazing music is a journey she is making all on her own.