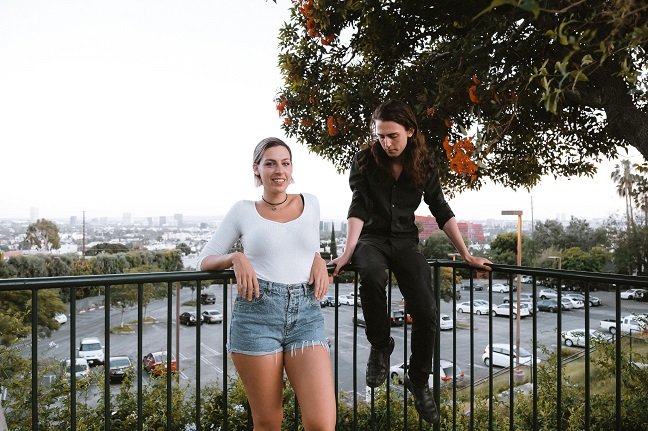 Sleeping Lion broke into the music scene in their hometown of Boston with their clean-cut, easy listening live music. Now in LA, collaborating with the likes of Pixie Lott and Kyan Palme, the young duo has given their sound a makeover in latest release ‘How We Know,’ honing a sound that sounds like electronic-pop meeting soul.

Berklee College of Music roommates Nate Flaks and Noah Longworth McGuire have created a song which sounds so effortless. The contrast of raw vocals and electronic beats, combined with the soft humming bassline, makes for masterful mood music.

‘How We Know’ is an obvious step away from the pair’s earlier tracks. Previously released songs ‘Easy For You’ and ‘You Made Me’ maintain a subtle electronic composition, leaning closer to the soul side of the genre. However, ‘How We Know’ boasts a more complex, distinct synth. A simple verse beat allows for an overwhelmingly synthesised chorus. The duo has collaborated with LA-based singer-songwriter Cass Miller on this track whose vocals are eerie and sleek, reminiscent of an early Halsey sound. The Cass Miller x Sleeping Lion combination makes for a lovesick, harmony coated song.

Sleeping Lion is pushing their talent to its furthest reaches with complex soundscapes like this and they should be wary of overproducing a tune that is dynamic all by itself. But whether Sleeping Lion needs to fine-tune their sound or not, ‘How We Know’ is one of those tracks that takes you from swaying your hips to letting loose, leaving your whiskey-soda on the side of the bar. It’s that easy.

Stream ‘How We Know’ here.