What Do You Know About Ghanian Rapper Sarkodie?
He ranks amongst the most influential African Hip-Hop artists, a pioneer of Azonto genre and dance. 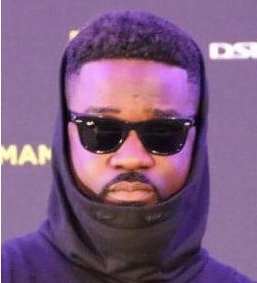 One thing for sure, he is no stranger to award nominations and winning. As it stands he is on the leaderboard as one of the highest award-winning Ghanaian artists. It is also notable to mention he is the first Ghanian to win the BET awards in 2012 for the Best international act, he was nominated for the same category in 2014.

Sarkodie has received 57 awards out of 104 nominations, this is both in Africa and across the Atlantic.
He was nominated for the MOBO awards in 2012, nominated for the Ben TV awards best African act in 2014, which he ended up winning.
Sarkodie Grabbed 4 Nominations at the 2014 “World Music Awards; World’s Best Male Artist, World’s Best Live Act, World’s Best Entertainer, World’s Best Album for Sarkology and furthermore he has clocked 38 nominations at the Ghana music awards in his country and has ended up taking 18 of those.
In 2015 he received the Afrobeats Music Awards for outstanding contribution to the growth and development of African music globally.
There is yet to be a dull year for Sarkodie. 2016 has seen him rack up more awards.
Sarkodie has released 4 albums to date, the latest in September 2015 named after his grandmother Mary.