Premiere: ‘Fade’ By Naked Next Door 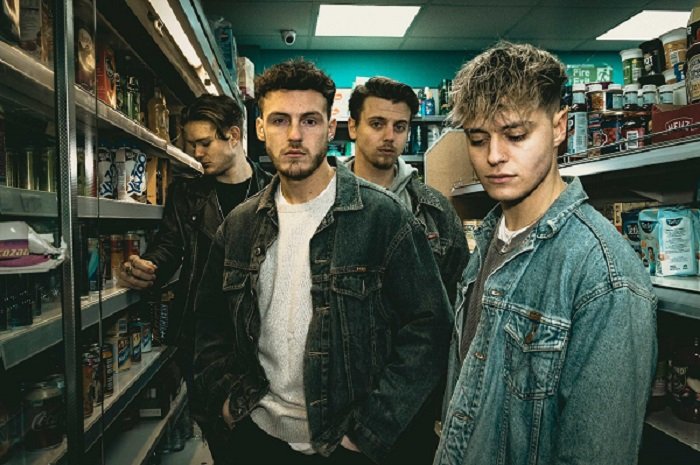 It’s not always easy following a breakthrough hit but Milton Keynes Indie four-piece Naked Next Door has excelled with their brand new track ‘Fade’. It is a slick of euphoria with a feel-good chorus and a surge of energy throughout. It’s filled with power chords and layered vocal harmonies and is head nodding and toe-tappingly good.

Naked Next Door released ‘I Can’t See Straight’ last year and enjoyed a session at BBC Introducing Live. ‘Fade’ is their first release since signing with London based indie Honest Records and also a taste of their upcoming debut EP (produced by Joe Garrett and mixed by Grammy-nominated engineer Paul Norris at Metropolis Recording Studios).

Euan Emerton (Vocals/Guitar), Tommy Woodward (Lead Guitars), Corin Schencks (Bass) and Callum Petchey (Drums) are Naked Next Door and they know how to create a tightly-crafted song on an indie canvas splattered with alt-rock. ‘Fade’ features magnetic production and engaging lyrics about feeling frustrated but trying to be more carefree at the end of the day.

“Drink in my hand, and rips in my jeans,
Had a bad day, now I can’t remember where I’ve been, or what I’ve seen“

Euan Emerton explains, “The song’s about a number of things: the feeling that you spend each day stressing out and trying to do the right thing all of the time, but this is about how you feel when you forget it all and stop caring about whether it’s the right decision and just do something because sometimes it gets too much – it’s that deep breath out at the end of the worst day.”

Naked Next Door is only just getting started.