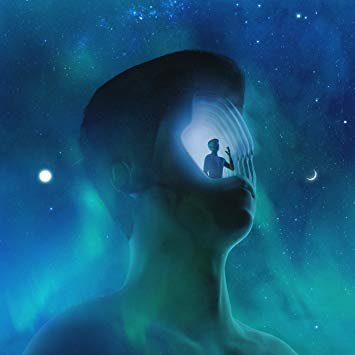 ‘Presence’ was recorded over the course of the past year and Petit Biscuit, a.k.a. Mehdi Benjelloun wrote, produced and mixed it himself between high school exams and sold-out tours across The States, Europe and beyond. The album was mastered by legendary engineer Chab (Daft Punk, Air, Sebastien Tellier) and includes contributions from Bipolar Sunshine, Panama and Lido.

Petit Biscuit is a classically trained musician from a young age and he plays piano, guitar, cello and more. He began experimenting with electronics when he was 11 and has been crafting his sound ever since. ‘Presence’ is influenced by his music education and combines acoustic elements with forward-thinking electronic production and vocal manipulations which are becoming his trademarks.

There are many tracks with no vocals, but they still convey certain emotions, but also give you the chance to interpret them as you will. ‘Break Up’ and ‘Oceans’ are the perfect example of this with the rather haunting quality, the warmth shining through, various sounds and instrumentals, the change in tempo and the mixing up of genres within innovative electronica.

Petit Biscuit also likes to experiment with hip-hop beats (‘Follow Me’, ‘Gravitation’ and ‘On The Road’) which adds another dimension to the overall ambient quality. There are some real gems in this album: ‘Problems’ Ft. Lido has a funky groove, soulful vocals and is super upbeat, ‘Follow Me’ combines hip-hop beats with etherealness, ‘On The Road’ is multi-textured and literally takes you on a journey, ‘Presence’ wouldn’t be out of place in a Film or TV soundtrack; I love the acoustic guitar, shimmering quality and change of tempo as it goes from being atmospheric and thoughtful to making you want to hit the club. ‘Forever Being’ is atmospheric and oh so feel good. And that leads us to the psychedelic ‘The End’ which has a powerful cinematic feel and deep, driving beat. You’ve got to love how the flute is used the whole way through the track combined with quite hard electronics at times.

Petit Biscuit was interviewed when his video ‘Beam’ was released prior to the ‘Presence’ launch, “It’s only now that I’ve begun to realize everything that’s happened in the last few months: the disproportionate achievements we’ve forged with hard work, with the kind of stubbornness that enables us to realize our dreams. The colossus that you see on my album cover and in the video is my music, or rather is the album. Today is November 3, I’m almost 18 and I’m proud to introduce you to it.”

‘Presence’ is a very creative, very clever, well-crafted album. Why don’t you find out for yourself?