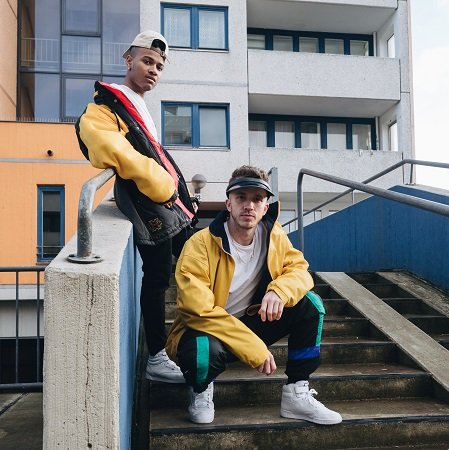 New York native RnB duo ‘FHAT’ made up of singer-songwriters, Aaron and Sedric, have dropped their second single ‘ONATD’ (one night at the disco) which follows their ‘seamless and saucy’ debut ‘Pleasure’. The track was inspired by Berlin’s ‘enchanting’ drag and queer culture which can be subtly heard within the energetic, party undertones of the song.

The echoing vocals on top of the continuous slow pounding beat give you the illusion you are in a trance-like state. Listening to the song, you are able to be transported to either the early morning wind down from a night out in the club or sunbathing on the beach sipping cocktails. ‘ONATD’ fits any mood and is relatable for any stage of life. The track is all about meeting someone you have a strong connection with and not knowing if you’ll see them again. Singing “let’s make the most of the night, can I get you alone” they are making their intentions clear which is relatable to so many of us, especially in a club setting.

From the start of the song, you can sense a gradual building that you can’t be sure where it’s leading. Towards the end of the song, there is an unexpected break in the music which allows you to breathe before being met with a vocal explosion. The sweet sounding adlibs are a welcomed surprised which gives you that little bit extra you would have otherwise been craving. Vocally the pair has obvious modern RnB influences from artists such as Sza and Ty Dollar $ign on top of an electronic futuristic sounding track. One night at the disco is the perfect blend of current faves and future sounds which is only the tip of the iceberg. The duo has such a specific style and sound that you couldn’t predict what comes next.