New Zealand Bands To Perform At The Great Escape 2019 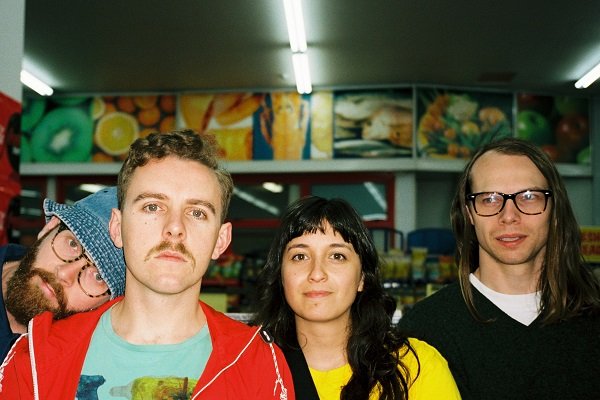 The Great Escape is gearing up to be a great festival and on May 10th some music artists and bands from New Zealand will be performing in Brighton during the 3-day music festival. Since being founded in 2006, The Great Escape has been firmly established internationally as the leading event for showcasing new music.

To kick-start the festival season The Great Escape will introduce 15,000 music fans to new and established music artists. With over 300 bands playing in 30 venues over 3 days, The Great Escape is an important weekend in the annual music calendar. And it’s not just about pre-publicised performances as pop up street gigs will be springing up all over the iconic town by the sea. The Alternative Escape, numerous club nights, label parties, industry showcases, unique collaborations, and outdoor gigs all add to the festivities.

The first band to perform is Soaked Oats, a young four-piece band hailing from Dunedin, New Zealand who formed in early 2017. They are known for their high energy shows and writing songs about stoned fruit (‘Avocado Aficionado’, ‘I’m a Peach’) and have completed a multitude of tours around home country New Zealand, with dates in Australia and the United States. They will be bringing their own brand of high octane energy to Brighton’s shores this May.

Drax Project is a four-piece signed to a major label and previously recorded with artists including Hailee Steinfeld (on their hit single ‘Woke Up Late’) and Rich The Kid and played alongside acts such as Ed Sheeran, Camila Cabello, and Lorde.

The group started busking on the streets of Wellington before gaining a following after re-working vocal hooks of famous pop songs into saxophone licks and they have been hugely successful since. They have had a two year run of sold-out venues as both headliners and openers.

2.30PM –LEISURE
The band consists of five independently successful members who were looking for a new creative outlet. Each member of the group brings various influences from 70s funk to 90s rap and R&B, all the way to dance music from the early 2000s. Each member also has a different skill set from pop songwriting, experimental production techniques, as well as the ability to mix and master their own work.

3.30PM – The Beths:
2018 was a breakout year for Auckland four-piece friends The Beths who specialise in high-energy guitar pop. It started with a signing to Carpark Records, a world tour, and the release of their freshman album ‘Future Me Hates Me’. Their second single from the album ‘Happy Unhappy’ was named “Song of the Summer” by Rolling Stone Magazine.