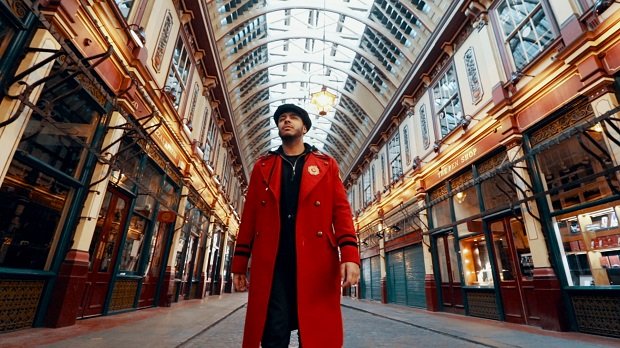 The debut single from the UK soul artist is euphoric and attention-grabbing and Otis is set to do that with his new video premiering on Neon Music today. Opening with stunning shots of London and Otis striding the streets of Covent Garden in an eye-catching red military coat. He oozes confidence and style and the visuals are powerful and reflect emotive themes within the track.

“An Army won’t stop me getting to you”

Otis Simpson has been busy performing in live shows across London and was shortlisted for Best Urban Act at the Unsigned Music Awards 2018. His latest single is the first from his forthcoming EP also entitled ‘Army’ and contributors include Jonny Coffer and Johnny Dunne, (who between them have worked with artists including Beyonce, The Foo Fighters and Rag ‘n’ Bone Man.) He is described as a soul artist but ‘Army’ contains a multitude of genres and influences which Simpson blends effortlessly.

With his slick debut music video for ‘Army’ Otis Simpson proves to be a refreshing and exciting new talent.