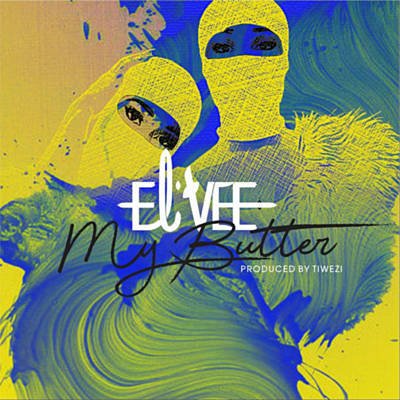 Introducing Afropop duo El’Vee who consists of talented twin sisters Lilian and Vivian Nwaneho who were born in Lagos, Nigeria and raised in Reading, UK. They still travel regularly to Nigeria and have collaborated with renowned musicians like Don Jazzy, Sarz and Tiwezi amongst others.

El’Vee’s latest single ‘My Butter’ produced by Tiwezi is an addictive song which will lift your spirits with its potent blend of melodic harmonies, sensual vocals, range of instrumentals and feel-good beat. With the essence of true Africa, this is a song you will have on repeat and blasting out of your windows this spring. The colourful visuals are the perfect introduction to El’Vee as they display their own inimitable style as they dance to the music.

‘My Butter’ embodies strength in positivity, hope, and belief in oneself. In Nigerian culture ‘butter’ is also a metaphor for good life and prosperity. It is often personified as ‘God has buttered my bread’ meaning ‘God has blessed me bountifully’.

El’Vee released their debut single ‘Oga Pata Pata’ produced by Sarz ft Don Jazzy in 2013. They took a break from the music industry until they released ‘Agenda’ produced by Selebobo in early 2017 and also the Afrobeats version of Dj Khaled’s Wild Thoughts which was very popular. The duo has previously auditioned for X Factor UK and has worked as part of the entertainment company Coko Bar London, who was instrumental in putting Afrobeats music and artists on the map and have worked with African Artists including 2Face, Wizkid, and Don Jazzy.

We can’t wait to hear more feel-good vibes from El’Vee.