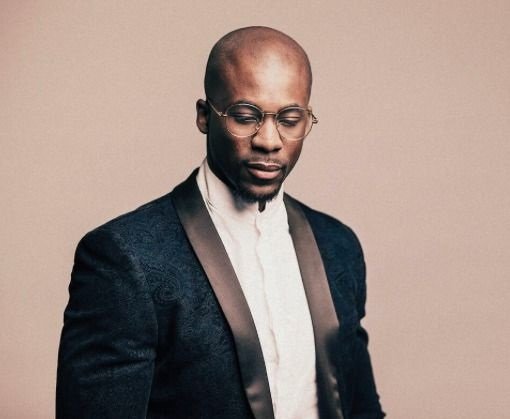 OKIEM is driving through the Irish countryside as we speak “hands-free of course“. He has had a hectic summer performing, travelling and writing and it doesn’t end there with the UK dates he has planned including a much-anticipated show lined up next week at iconic London restaurant and live music venue, Quaglino’s. OKIEM is a Pianist and Composer whose style is described as ‘cinematic classical’ as he incorporates other genres into his classical piano music from electronic to instrumental to create a really unique, atmospheric sound. OKIEM says, “I am influenced by hip-hop to electronic music right through to pop music and dance music,” he continues, “they all form the sound and the feeling” and “it’s great to have a broad musical spectrum.” OKIEM says of influences which he incorporates into his own music. “I lived in Russia for 3 years working with the biggest pop star there and learned a lot about electronic music. Before that, I was listening to hip-hop and R&B and hadn’t got into electronic and techno at all.”

Although he has classical piano training, OKIEM played music by ear from an early age. He says, “Titanic (the theme tune) was my most played track; that was one of the songs that made me play the piano and I learned it by ear even though I was taking classical lessons at the time. I was in South Africa on a school exchange and they asked me to perform it in front of the whole assembly“.

OKIEM is constantly busy and on the go so doesn’t always have time to sit at the piano and compose, but it’s never far from his mind. “I get ideas in my head, take a ton of voice notes, then ideally I like to sit at the piano and let the music come and out and really feel it.” At the moment he is travelling through Ireland performing and “living off a lot of beef jerky and coffee!”

We discuss diversity in classical music as it is not that common to see a young black man playing the piano, especially one so snappily dressed (which we will come to later), and it is often assumed OKIEM is an R&B singer instead. He remembers when he was bringing out his album and posted something on Instagram about a new release. People were commenting they didn’t realise he could sing and just assumed he was going down the R&B/Pop route. He says, “It’s very unexpected what I’m doing, when I first put news of a potential album on Instagram they assumed it was an R&B album. People have an initial thing, especially younger people who wouldn’t even consider listening to classical music, but you get into the culture of the music you listen to. There was a time I was deep into hip-hop and wouldn’t even consider listening to rock, but I had to broaden my musical ear“. He is thrilled when people enjoy his music and there are many who return to his shows multiple times. He only ever gets positive comments on social media which he manages himself.

I am interested to know what OKIEM is listening to now, “I go through phases and might have a couple of artists on repeat. At the moment I am listening to John Williams and have the music from Schindler’s List on repeat. I don’t particularly want to see the film, but I love the music. Also Jack Garrett’s music; I love what he’s doing. He could have gone so indie, but he has the synth element and electronic side, a mash-up of styles and guitar solos. Also, Hans Zimmer, it’s amazing how he’s taken his music live. When I saw his show it was one of the biggest influences on me, seeing it in an arena. It was the most epic thing I’ve ever seen“.

OKIEM has worked with many artists from John Legend to Jessie J, Leona Lewis, Craig David and Tinie Tempah who he speaks very highly of. He also lived in Russia working with the biggest pop star there, Sergey Lazarev. He says, “I have worked with a lot of top artists and as an observer, they can get so consumed with their part they don’t always look at the bigger picture. Tinie Tempah, he understands energy, peaking at this time, lighting, a crazy finale. The way he moulds his live experience. I really care about the live performance, a lot of these people are going to see you maybe just for one time in their life and you’ve got a chance to give them these memories. If you’ve got that platform it’s important to take it seriously and deliver an amazing show“. He adds, “Sergey Lazarev, he is a real professional, really turns it on on stage, really cares“. 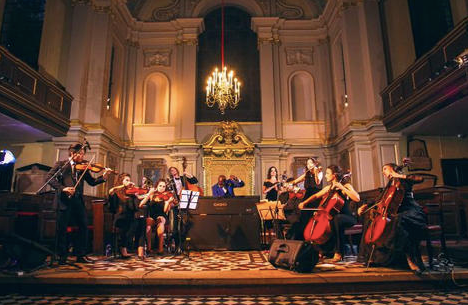 OKIEM tells me what he has planned for his live show at Quaglino’s. Tracks from his debut album XIRO as well as introducing some new music, “I will be performing new songs for the first time which I am excited about. I am constantly writing and composing and even though I have not finished my second album I want to perform the music from it“. He continues, “I am looking forward to performing at the venue for the first time and so pleased to be invited to perform there“.

I wonder if OKIEM would like to write music for others, which he has done previously, but mostly songs with lyrics. He is always open to whatever opportunity arises, “I am so focused on making my music and I want to get through two or three albums and explore my own creativity“. I ask how he feels about the changing of the music industry over the years and he replies, “the music industry has changed for the better, especially for independent artists who stand a real chance. With all the platforms and social media, it takes a lot of work, but it is possible to get noticed if you’re putting out good content“.

If you’ve spotted OKIEM on social media or at one of his shows you will notice his fashionable style. “I love fashion and want to bring a different vibe to classical music, to playing the piano. It can be so straight, so vanilla…” He likes shoes and has two different designers who make suits for him, “I don’t want to be cliche so I’m just a guy by the piano, but I do always want to bring it back to the music“. He doesn’t want to take the attention away from that despite feeling good in himself and comfortable. He says, “I wanna be loud and proud, but the focus has changed. I want to feel good but it’s all about the music and music is the limelight“.

Does OKIEM get nervous after all this time and all his performances? “I do still get a little nervous and feel the adrenalin, but I have become accustomed to performing under pressure. I did a lot of sport growing up as well, which is similar pressure and preparing mentally for going on a stage to perform. It’s because I care so much, it’s something I put my heart and soul into and bring it to life. My music, it’s a whole new emotional side, it’s my offering“.

Does he ever switch off? He says, “I love going on a walk to the park to switch off but then again it also inspires me to make more music. I like a bit of quiet, I really value some quiet time“.

OKIEM’s debut XIRO is a stunning album crammed full of original pieces which you will willingly lose yourself to. The piano is always the star of the show, but OKIEM incorporates other instruments and synths to give it that contemporary edge. There are beautiful melodic lines and an atmospheric quality to OKIEM’s work. Some pieces are like reading ‘Gone Girl’ where you will be taken on an unexpected twist and turn (like title track ‘Xiro’)  He mentioned during our interview about bringing music to life and he certainly does that, coaxing warm flesh and a foggy breath from his beloved piano and enchanting melody. I’m sure his music will take on yet another shape and dimension when you see him live. So make sure you do.

OKIEM will be performing live at Quaglino’s on Thursday 21st September
Performance begins at 9pm
Booking: quaglinos@dandlondon.com, call 0207 930 676 or see the Website

For more information on OKIEM see here and listen on Spotify.