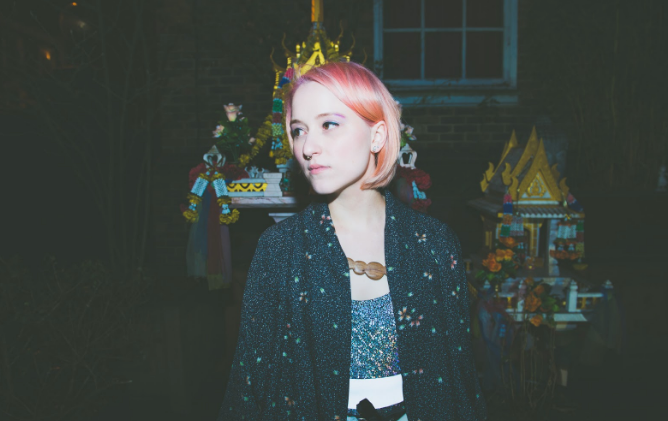 Forget what you know about indie-pop as ‘FYA’ (which stands for ‘For Your Approval’) doesn’t conform to the cookie-cutter formula. It’s hauntingly captivating and stunningly atmospheric, from the intricate, fluctuating beats to the gritty, ethereal vocals.

Matilda Eyre’s hypnotic, echoing voice makes me picture a ghostly figure in a classic film. One could imagine she utilises the sustained echo effect to help emphasise the alluring, heavy-hearted tones. This inclusion also induces the staying power of her soul-stirring sound, which is left reverberating in your mind like a wailing conscience.

It’s impossible not to be drawn in by the unsettling, murmuring drones in the intro as a pulsating bass beat, thuds. Much like the suspense prior to a horror jump scare, it’s wonderful how it builds in velocity and begs you to continue.

The smooth transition between the varied drum beats and patterns is superbly mixed in with cleverly arranged synthesizers. Despite the unsettling undertones, the rhythm itself is very lively and drives the song forward.

Producer, musician and singer Matilda Eyre comments on her new song, “FYA is a song about self-worth. Short for ‘For Your Approval’, it’s an intimate story about childhood and the stories we make up about ourselves early on. Coming into this life fierce, wild and carefree, we are being shaped by our surroundings until we lose ourselves and start looking for external validation. FYA is an ode to your inner joy and ferocity.”

This is a powerful debut single that leaves you hungry for more. It’s wonderfully progressive and soulful which makes for an engaging listen. The most exciting aspect is pondering how Matilda Eyre may diversify her style with future releases.