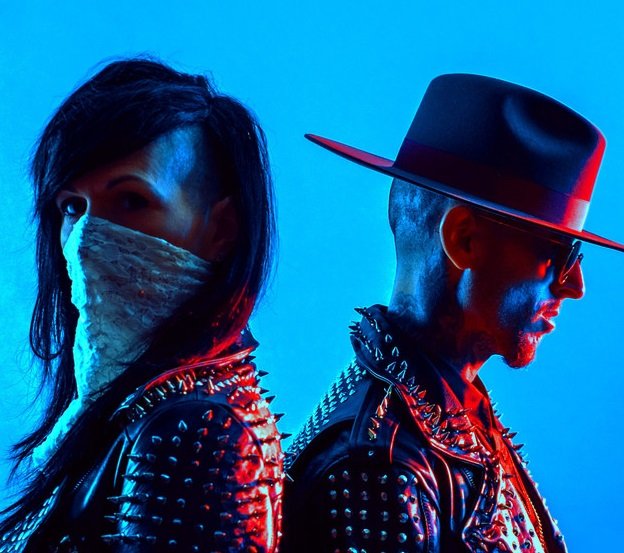 Matty Carter + Ariel are two enigmatic stars ready to take on the world with their brand of fiery and antagonistic dosage of electronic rock. They say their music is “for the underdog and the working class“, This is so telling with their new single ‘Ready To Die’.

The NY duo is fresh off the release of their debut single ‘Voices’, which has accumulated 250 thousand views already and taken from their EP ‘Young Bones’. They are fast building a reputation for themselves with appearances at SXSW and Warped Tour Festivals along with exposure in many tastemaker magazines.

‘Ready To Die’ strikes the listeners between the eyes with Carter’s sneer that shares similarities to a heavier Michael Jackson alongside screeching Dup Step Breakdowns both of which give this track a serious message that it needs to be heard. The lyricism is thought-provoking and the guitar solos as explosive and intense as the music the duo makes.

Matty Carter explains about ‘Ready To Die’, “We are literally living in fear- you can’t turn your phone or TV on without seeing nuclear threats, attacks, natural disasters- there is complete world disharmony, and you can not escape it. You spend your whole life wishing and worrying and fearing that all you’ve actually done is run out of time – so throw your hands in the air and live.”

The duo has the swagger and attitude to not only take on the world but with music like this, they have the ability to conquer it.