Imagine Grand Things With Skott On Talk About Me 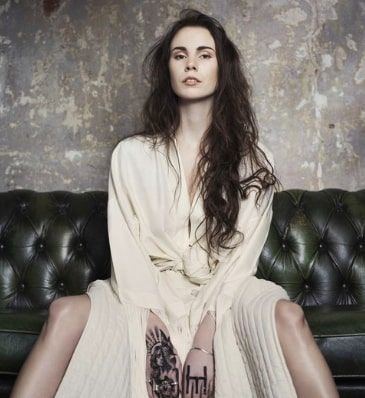 Imagine grand things with Skotton Talk About Me. The acclaimed Swedish singer, songwriter, and producer recently released her new single Talk About Me. It captures unique qualities that make it stand out. From the onset, you are mesmerized by the array of different sounds in uniform flux. The track is a balanced blend of genres well put together with Skott as the crowning jewel that makes it shine exceedingly bright. The harmonic sensibilities of the song stand out independently. However, the fluidity of the transition of instrumentals on the song is a delight and even more so Skott’s display of vocal prowess. Talk About Me is not a predictable song and is full of surprises at every turn. The lyrics are no different, filled with elements of grandeur and vanity. Not what you would expect from a sweet-sounding song, but it works perfectly well.

“It’s a quirky song, about a little girl who loses her mind to narcissism while chasing her big dreams.” – Skott

The video follows on the same path of the lyrics depicting a girl lost to her imaginations of grandeur. The song was written by Skott and she had a hand in directing the visuals with her videographer Paras IV.

Talk About Me was released via Dollar Menu in partnership with Cosmos Music. It’s the final track to be released from her debut album due for release on the 12th of June.